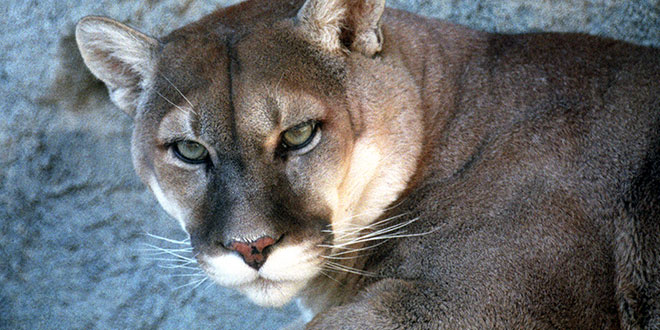 What’s in a Name?

Mountain lion, cougar, puma… three names for the same animal. You can see how using common names can be confusing. Two scientists speaking different languages might not be able to determine what particular species they are discussing if its common names differ.

To solve this, each species has its own, unique scientific name, made up of two parts.

The first word (capitalized) is the genus and the second word (lower case) is the species name (also called the “specific epithet”). This two-name naming system is called “binomial nomenclature,” (literally translating to “two-name naming system”) and uses Latin (and often Greek) to give species a scientific name, which is always italicized or underlined. Mountain lion, for instance, is Puma concolor. This naming system was started in 1753 by a Swedish botanist named Carl Linnaeus and later adopted by the scientific community.

Why Latin? Latin was a language shared by scholars. People who may not have shared the same first language could speak Latin to each other. It is also considered a “dead language,” meaning that there currently isn’t a society somewhere speaking Latin as their everyday language. This is very useful to science because it means that Latin isn’t changing and remains the same, unlike commonly spoken languages that may coin new words or change pronunciations over time.

The study of the origin of words, including scientific names, is called “etymology.” Sometimes the Latin roots used to assign a species its scientific name describe the animal in some way. By knowing some Latin roots, you can become an etymology detective and find out what characteristics of an animal scientists thought were important when they officially described the species. 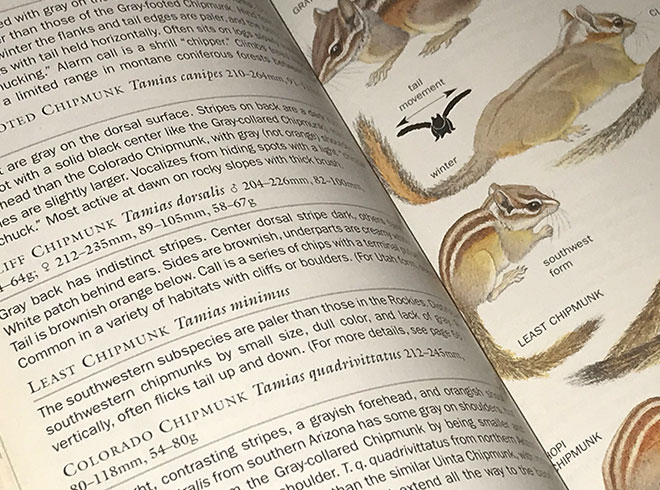 Here are some New Mexico species with descriptive scientific names:

The scientific name for northern mockingbird is Mimus polyglottos, which means “many-tongued (polyglottos) mimic (mimus)”, because of this bird mimicking (or copying) the calls of many other bird species.

Odocoileus hemionus is our mule deer and breaks down like this: Hollow (coileus) tooth (odo from odonto), half (hemi) donkey (onus). Whomever described this species thought its big, round ears made it look as if it were “half donkey.”

Now you try! Below is a list of root words and some scientific names of animals found in the state. Try to look for a part of a root word in the scientific names to figure out what the animal’s Latin name is describing and then try to guess the common name from that description. The answers are given below.