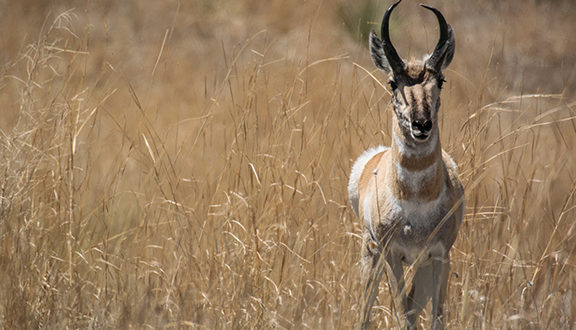 New Mexico offers world-class pronghorn hunting opportunities throughout the state and is considered a premier hunting destination with many trophy bucks harvested throughout the years. In 2021, the latest data available, the New Mexico Department of Game and Fish sold 6,857 licenses resulting in 4,655 bucks and 282 does harvested. Average reported hunt success, across all weapons and license types, was 70%. Annual success rates for pronghorn hunts in New Mexico typically range from 70-80%.

Recent population estimates for pronghorn indicate that the majority of herds are either stable or slightly decreasing in size, with approximately 64,000 pronghorn across all of New Mexico. Below is the pronghorn hunt forecast for the 2023-2024 season by region of the state. 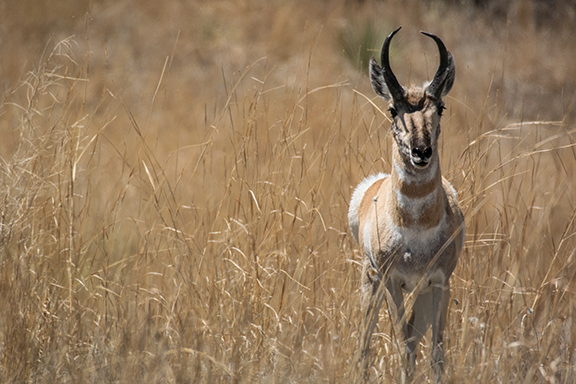 Pronghorn can be found in Game Management Units (GMU) 2, 7, 9 and 10; however, populations in the Northwest Region are small, localized and potentially decreasing, resulting in a challenging hunt. Hunt success in 2021 was less than 50%. Drought and resulting degraded habitat have severely impacted populations in this region.

The Southwest Region contains two distinct herds of pronghorn: one from the Gila National Forest and north to Interstate 40, containing units 12, 13, 15, 16 and 17; the other south from the Gila to the Mexico border, containing units 21, 23, 24, 25, 26 and 27. The northern herds in this region have steady populations in tall pinon-juniper stands from mesa tops, to the flat, open expanses closer to the interstate. Hunt success is on par with the state average for this subregion, with occasional sightings of above-average bucks. The southern portion of this region has maintained smaller herds with less-dense populations and is far more precipitation driven. Hunt success in the southern units is highly variable but offers large, open areas with little brush reaching over two feet in height. This region has very high trophy potential but will require skill in searching, field judging, and patience.

This unique herd of pronghorn is migratory and can offer a challenging opportunity to hunt pronghorn in montane regions at over 10,000 feet of elevation! Recent GPS collar data shows that this herd migrates from their summer range in the southern San Juan Mountains, east of Chama, down to the Taos Plateau just west of the Rio Grande Gorge. While this population is small, it continues to be healthy and stable. There are few trophy bucks harvested in this region, and, although success on hunts in this region are under state averages, the primitive weapons (muzzleloader and archery) used on these hunts keep harvest opportunities sustainable. 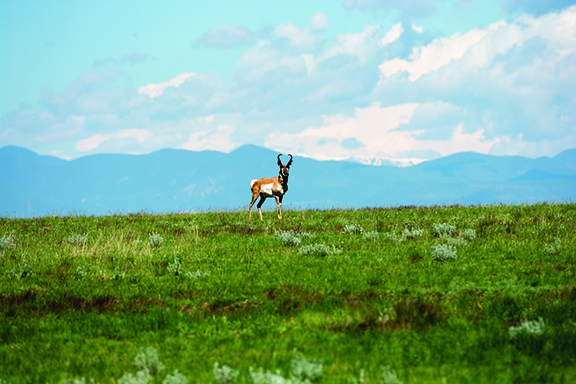 This region holds approximately 60% of the pronghorn for the state and is stable. As such, hunts in this region of the state have the most licenses available for the draw. While populations are better in units 56, 58 and 59, there is still opportunity to harvest in units 14, 39, 40, 41 and 47. Private-land hunts in this region can offer multiple opportunities at 80+ inch bucks, and this region’s habitats consists of rolling hills with short grass cover that can challenge the quality of your optics and your ability to shoot long distances. Hunts in this region remain extremely successful.

While this region holds fewer pronghorn than the northeast, there is still potential for harvest of 80+ inch trophy bucks. Herds are decreasing in units 28, 29, 30, 37 and 38; however, they are increasing in units 31, 32 and 33. Low rainfall and significant landcover changes have made pronghorn hunting difficult in the southern portions of this region. More brush cover and rolling sand hills offer hunters much better opportunities at stalking and close shots in this region than hunts in the Northeast Region, and there is ample opportunity for private-land hunts. Hunt success falls very close to the state average of 75% for the majority of hunts in this region.

Tony Opatz is the Pronghorn Biologist for the New Mexico Department of Game and Fish.