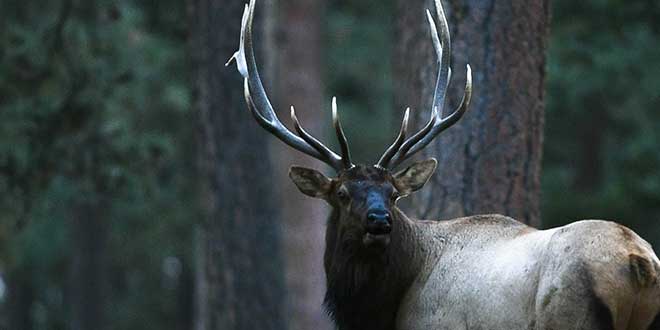 At first glance, wildfires may appear to be dangerous and destructive, but that isn’t always the case. In fact, what would appear to be devastating to the forest, and the wildlife that call it home, is often quite beneficial and even necessary for the long-term survival of flora and fauna alike.

“People get pretty nervous about fires and they tend to always view them as a bad thing, but most wildlife biologists and most habitat managers prefer to see fire on the landscape,” said Orrin Duvuvuei, Deer Program Manager for the New Mexico Department of Game and Fish.

Duvuvuei noted that fires can help thin out old growth and leave nutrient-rich soil behind. That, in turn, can lead to new growth, and a more diverse base of plant life for ungulates such as deer and elk to eat.

In its aerial surveys, the Department has noticed an abundance of wildlife using previously burned areas in the aftermath of previous fires, Tatman said. 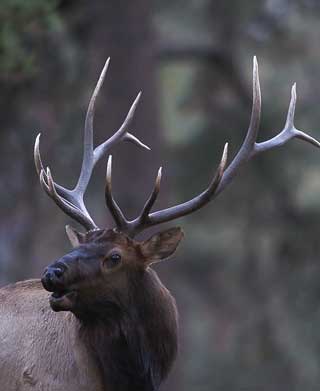 “In the longer term, I would expect to see more big game using those areas because it’s such nutritious new plant growth,” she said. “A brand-new aspen shoot coming up is far more nutritious to an animal than a 20-year-old aspen tree that’s 15 feet tall.”

The thinning of the canopy can allow for thicker growth of various shrubs, grasses and forbs (herbaceous flowering plants that are not grasses) that serve as a food source for big-game species.

“It encourages young growth,” Duvuvuei said. “Deer, elk and most ungulates need that young growth – not mature, tall trees, but that younger, thicker, shrubby, lush vegetation to be on the landscape.”

Jacob Davidson, Habitat Manager for the Department, said fire can also have a benefit for the surrounding soil.

“Fire can recycle nutrients, whether that’s needle cast from Ponderosa pine trees or leaf litter,” he said. “That makes more nutrients available for the surviving plants. It can stimulate our fire-adapted shrub species that are really important for big-game browse.”

The new growth can also help shield wildlife from predators, increasing the survival rate of adults and their young. Following the Bulldog Fire in southeastern Utah in 2003, the fawn recruitment rate among mule deer increased from 44 fawns per 100 does to 80 fawns per 100 does.

Wildfires and prescribed burns can also help reduce the overall fuel load, reducing the risk of larger, more catastrophic fires that lead to the loss of human life and property. Modern fire-suppression methods, while well-intentioned, have led to overgrowth in previously fire-adapted areas, which can not only make a potential fire more dangerous – it can also make food sources such as oak and mahogany less palatable and less readily available for big-game populations.

“We’re trying to promote more fire in those fire-adapted systems,” Davidson said. “It’s a little tricky, because in some of those areas, we’ve had fire excluded for 100 years or more, so some of those systems have a lot of fuel built up.”

The next time you see a wildfire, know that its effects could actually be helping wildlife populations. What may appear to be devastating at first may, in fact, be the best thing for the forest in the longer term.

Darren Vaughan is the Communications Director for the New Mexico Department of Game and Fish.