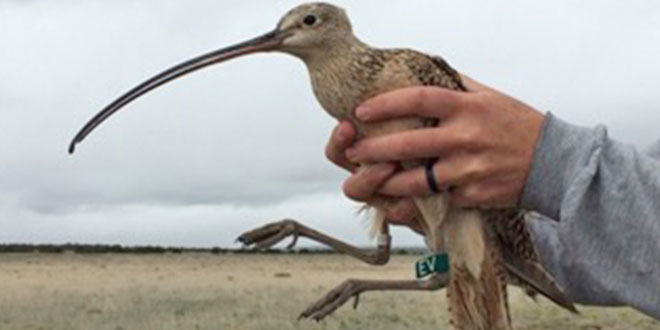 Long-billed curlews (Numenius americanus) are a Species of Greatest Conservation Need in New Mexico. This large shorebird breeds in grassland habitat and New Mexico is at the southernmost extent of their breeding range.

Curlews use their long bills to probe, peck and snatch invertebrates. ≠Breeding pairs are territorial and mob potential predators and intruders; they share incubation duty, with males taking the night shift and females on day shift. The pair cares for the brood together, but the female typically leaves chicks with the male and migrates two to three weeks after hatch.

The 2019 pilot year study in New Mexico was very successful, and we placed backpack-style satellite transmitters on five curlews (4 females and 1 male) captured near Watrous. Female KX and male KL were a breeding pair in 2019. Based on transmitter data from other marked pairs, we expect them to return to the Watrous area and breed together next spring, even though they are in different locations for the non-breeding season (see map). This project also contributes to a larger effort to learn more about migratory connectivity of curlews across the west. 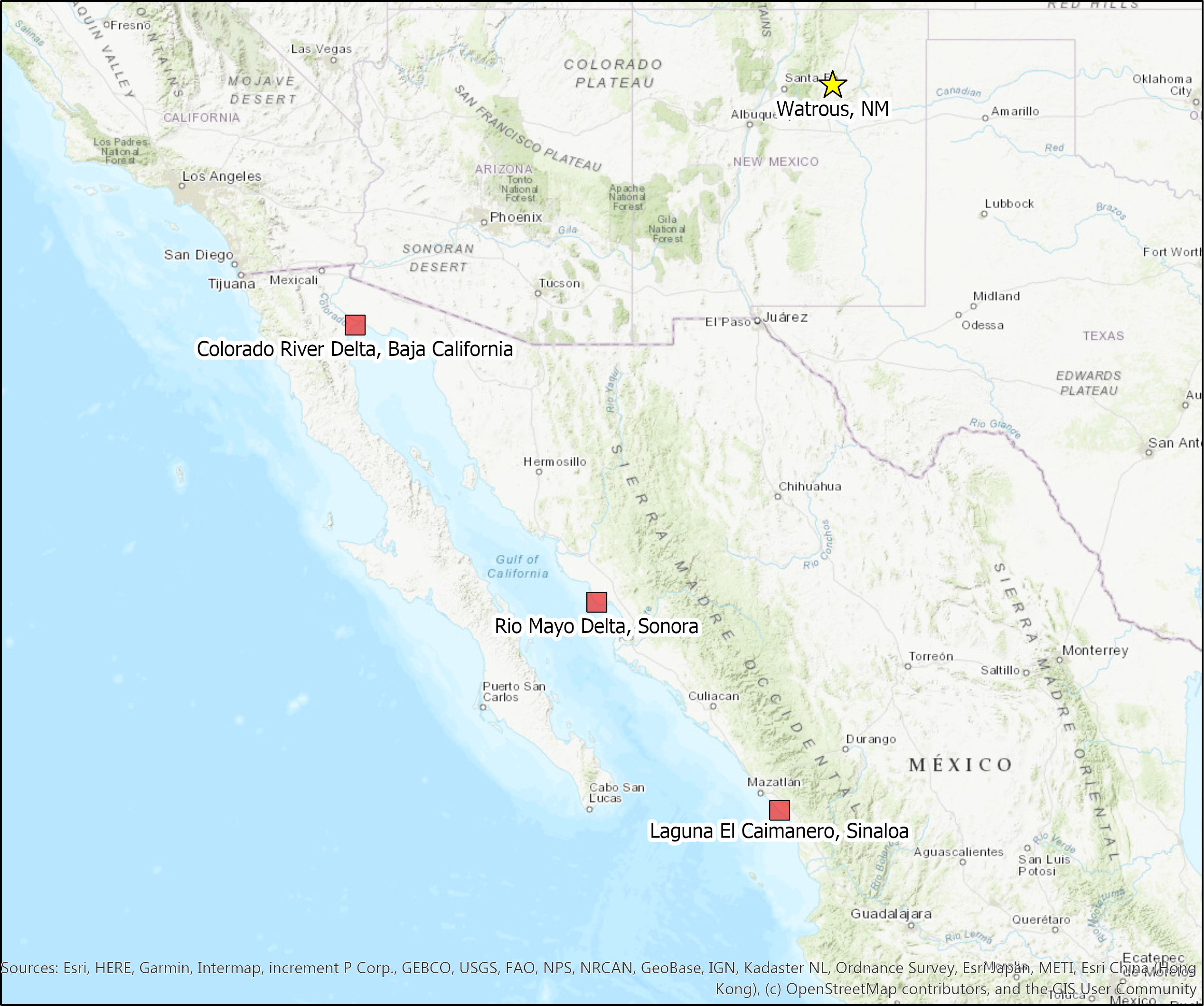 Erin Duvuvuei is the Nongame Avian Biologist for the New Mexico Department of Game and Fish.