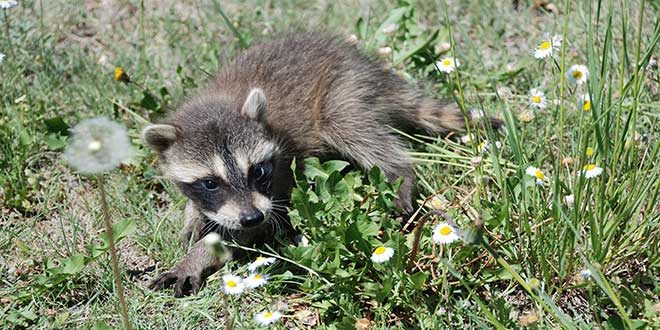 Living with raccoons in urban areas

Raccoons (Procyon lotor) are protected furbearers in New Mexico, with established seasons for running dogs, hunting and trapping. New Mexico has provisions for landowners to control furbearers that damage property. If you encounter problems, you must check with the New Mexico Department of Game and Fish before trapping or using lethal control methods on raccoons and other furbearers.

The name “raccoon” comes from an Algonquian word, with its scientific name, lotor, meaning “one who washes” in Latin. They are gray, black and white with a black mask over their eyes, hence the nickname “masked bandit.” They also have ringed tails.

Females give birth to four or five young once a year, usually in April or May, with the male taking no part in raising the young.

Raccoons, which weigh 10-40 pounds and grow to be 2-3 feet in length, can live up to 12 years old in the wild. These omnivorous mammals feed on berries, nuts, crayfish, frogs, turtles and much more. They are found throughout the United States except in extreme higher mountain elevations and arid areas of the Southwest. They prefer areas with water and trees and are known to den in ground burrows, brush piles, abandoned buildings, haystacks, hollow trees and underground drainages. They are mostly nocturnal, with the vast majority of their activity taking place at night.

Banner: Raccoons breed in February or March, with litters of three to five kits being born in April or May.

Raccoons and humans can coexist; however, there are steps you can take to keep raccoons from becoming a nuisance. As is the case with other wildlife, it is important not to feed them, as they can become dependent upon humans. In addition, providing raccoons with a non-natural food source that may not contain necessary nutrients can cause digestive issues that are harmful to their health. 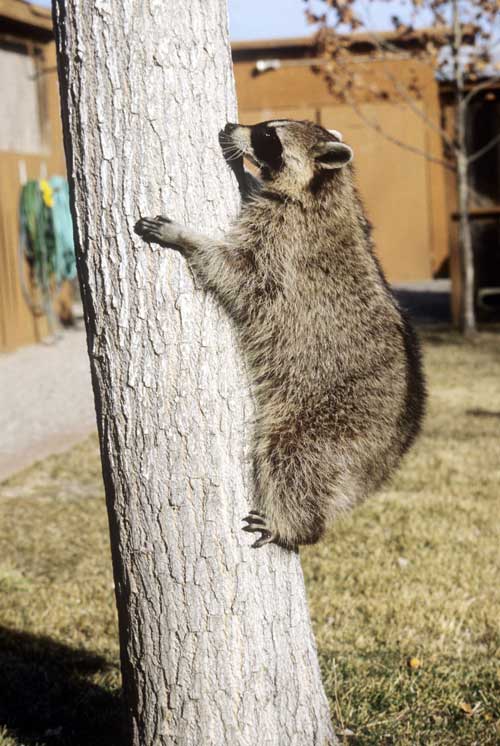 Above: Feeding raccoons can make them comfortable with, and dependent upon, humans.

Raccoons can also cause problems if your garbage containers are not tightly sealed, as the strong odors can be attractive to them – the root of another popular raccoon nickname, “trash panda.” Keeping these containers sealed and the surrounding areas clean reduces odors and will help keep raccoons away from areas where you don’t want them.

Finally, to keep raccoons from denning in areas where they’re not wanted, make sure that any openings underneath your home or deck are sealed, making sure there aren’t any animals still in those areas before sealing them off. Add wire mesh to chimneys to keep raccoons out. Additionally, scarecrows and electronic repellers can discourage raccoons from damaging lawns and gardens. 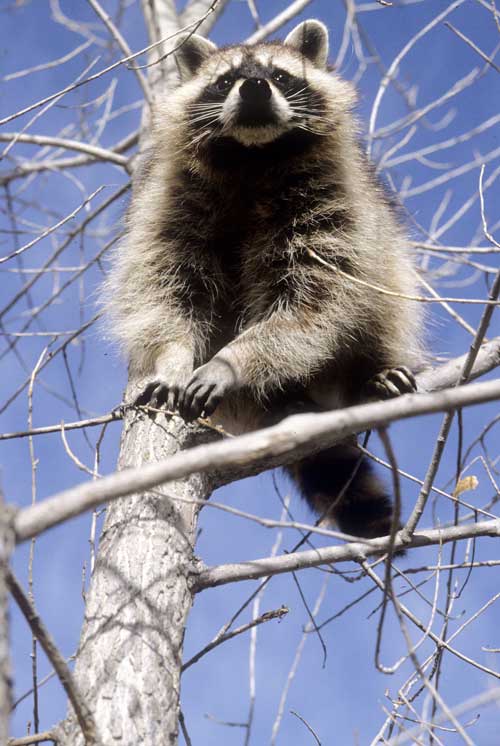 Above: Raccoons can weigh between 10-40 pounds and grow to between 2-3 feet in length.
Share