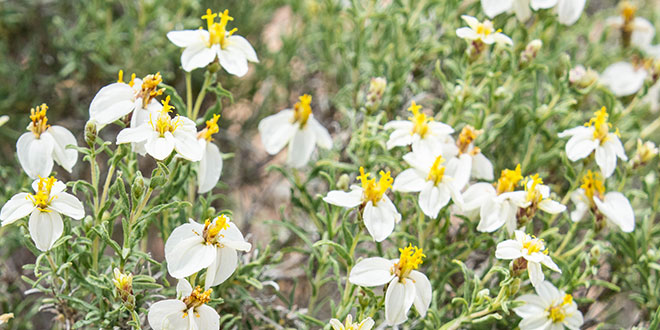 Flower or weed: It’s all about perception

Someone recently asked me what the difference was between a flower and a weed. The answer could be whom is looking at it and where.

A very simple definition of a weed is a plant growing where it is unwanted. The term “weed” could be applied to grasses (enjoyed by rabbits and other species, especially grazers such as elk and even bear), forbs (a fancy, biology word for what most people know as flowers with showy petals – vital to browsers like deer) or even just-beginning bushes or very young tree saplings before they may be recognized. There are an estimated 3,783 vascular plant species in New Mexico, so no wonder many get the nefarious weed label. 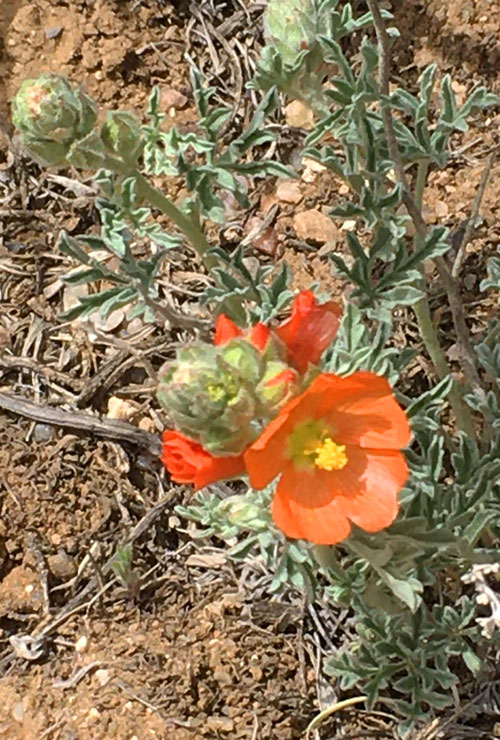 The key difference is where they are growing. See them in your front yard and your weed-eater might beckon, but see them on a hike and they might be fawned over.

An orange flower by your mailbox might strike you as untidy, but rabbits, deer and box turtle see a tasty globemallow (Sphaeralcea spp.).

Spikey grass popping up through your gravel? Could be a three-awn (Aristida spp.), a grass collected by harvester ants which are in turn collected by horned lizards.

Desert marigold (Baileya multiradiata) has a large, showy yellow flower, so it might not be pulled as quickly, and are prized by black-throated sparrows. This “weed-to-some” also has its own moth, the desert marigold moth (Schinia miniana) whose larvae seal the head of the flower into a ball to use as a cocoon.

Another plant with the same not-surprising “desert” moniker, desert zinnia (Zinnia acerosa) has a slightly more robust growth form because it is a perennial (a plant persisting for more than a single growing season) and might be a weed to some, but is planted in habitat restoration efforts and provides wildlife food and pollinator attraction. 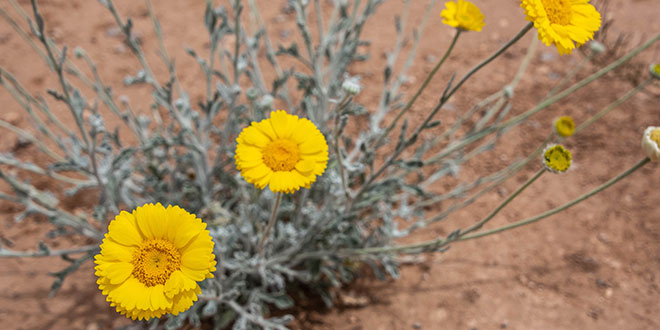 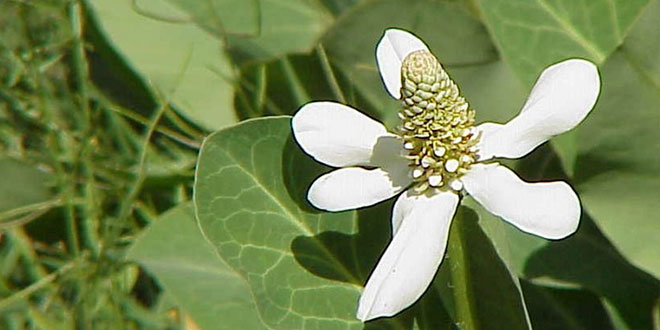 Yerba mansa (Anemopsis californica) is a broad-leafed plant typical of bosque (riparian) habitat, with its cottonwood or willow tree areas and standing water or moist soils for some part of the year. Seen in this native “ditch” habitat, it has undoubtedly been called a weed, despite its flowers with large white petals. However, for those in-the-know it was an important plant to native peoples who sought it out for its anti-microbial and anti-inflammatory properties, and is still used medicinally today.

As with many things, “it’s all about how you look at it.” Get curious about the natural world around you and try to determine if a plant really deserves your castigation as a “weed” or not.