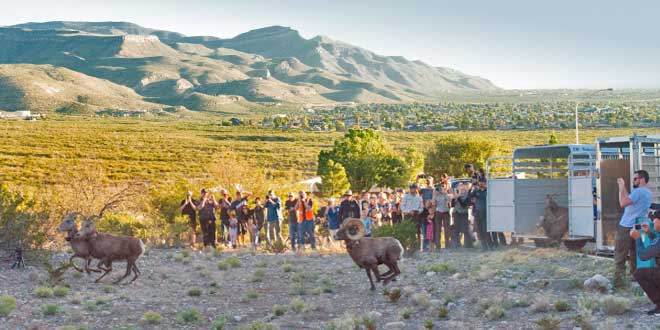 For the first time in nearly a century, desert bighorn sheep are roaming the Sacramento Mountains in southern New Mexico.

On an early, mid-autumn morning last October, biologists and conservation officers gathered at the White Sands Small Missile Range to capture desert bighorn sheep and relocate them to their once-native range in the western escarpment of the Sacramento Mountains.

“Restoring them to this native range puts another piece of the puzzle back,” said Eric Rominger, Ph.D., department bighorn sheep biologist. 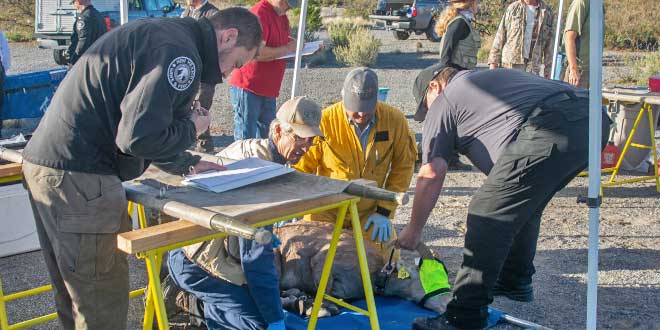 Top photo: Desert bighorn, gathered at the White Sands Missile Range are released from a trailer into the Sacramento Mountains in Alamogordo. Inner photo: Dr. Kerry Mower, wildlife health specialist with the New Mexico Department of Game and Fish, assesses the health of a captured bighorn. Photos by Alexa Henry.

The bighorn were captured using a net-gun fired from a helicopter, then secured in bright orange tarps and carried aloft from the San Andres Mountains in the San Andres National Wildlife Refuge and White Sands Missile Range to a processing station. There, a multi-agency crew assessed their health, collected biological samples and minimized stress using a sedative. Each animal was then fixed with a GPS collar so biologists can remotely monitor them.

Desert bighorn sheep were nearly wiped out by disease and hunting in the early 1900s, and the species was listed as NM state endangered in 1980. In 1997, the San Andres population had declined to just one ewe, the last native bighorn of New Mexico, and the statewide population was estimated at only 200 animals. Management actions, including a bighorn release on the San Andres Wildlife Refuge—adjacent to the missile range— in the early 2000s, led to population increases such that they were downlisted to state threatened in 2008. Further population increases lead to delisting desert bighorn in 2011 and implementation of the first hunt as a delisted big game species in 2012. Today the population is estimated at approximately 1,300 desert bighorn, with 300 in the San Andres Mountains—enough so some can be transferred elsewhere in the state.

The department has been reestablishing both Rocky Mountain and desert bighorn sheep populations across New Mexico for decades; both subspecies have seen increases in population size since then. This most recent effort included staff from the Department of Game and Fish, White Sands Missile Range and the U.S. Fish and Wildlife Service. 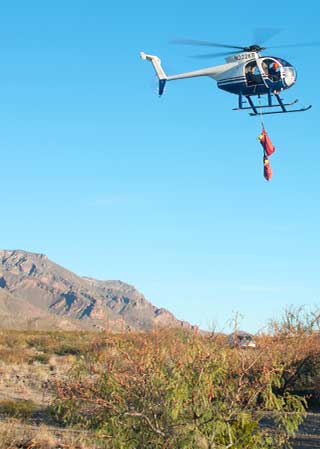 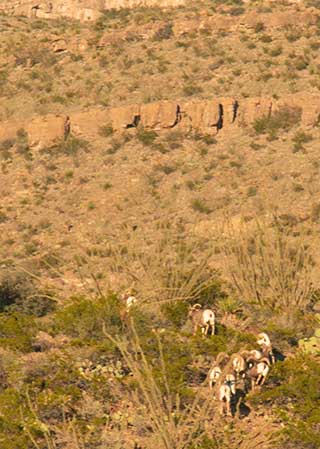 “We’re able to capture and remove bighorn because the population has recovered,” said Patrick Morrow, a biologist with the White Sands Missile Range Garrison Environmental Office, in a statement.

A total of 18 ewes and 15 rams were captured over two days and taken to a release location directly behind the New Mexico Museum of Space History in Alamogordo.

In the first month after the release, the vast majority of the GPS locations were within an eight mile stretch of the release site. More recently, all but a couple individuals have been within a few miles of the release site. Twenty-one bighorn received GPS radio collars, said Caitlin Ruhl, bighorn sheep biologist with the department, noting that the department will continue to monitor movements, survival and assess population growth.

A second transplant in the coming years is likely, but this will be contingent on the status of bighorn in the Sacramentos as well as potential source populations, she added.

Despite three known mortalities, department biologists are hopeful that the herd will thrive. Most desert bighorn lamb between January and March; new lambs should now be present in this new herd, said Rominger.