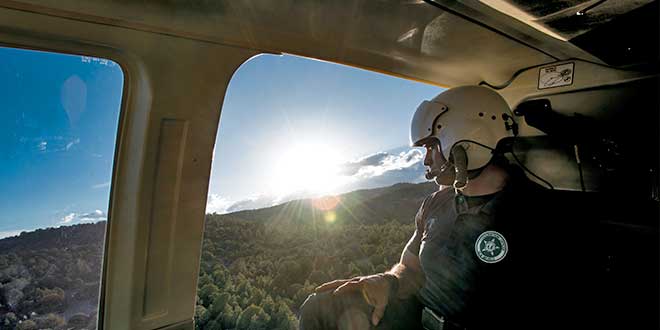 A helicopter rises slowly over the snow-covered trees in the predawn light. Heading up into the mountains, the headlights from a procession of trucks, loaded with nets, netguns and other capture gear, can be seen glistening across the snowy landscape below.

A hundred miles away, a small group of elk walk hesitantly toward the door of a corral trap, hungrily eyeing the feed inside. A camera on the trap catches their movement near the corral door and sends a picture to a monitoring crew huddled around a laptop nearby. 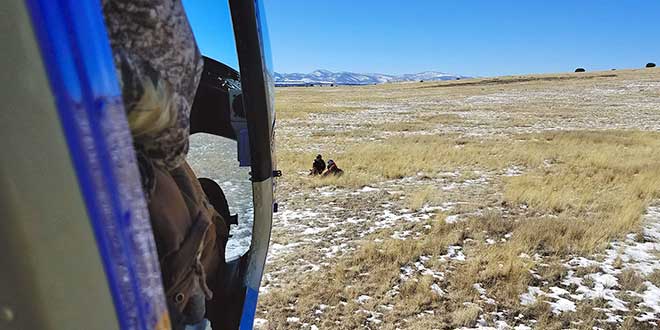 These were common sights throughout the Gila region this past winter, as the New Mexico Department of Game and Fish staff and collaborators conducted the largest elk capture effort over the largest study area in Department history.

Captures were conducted simultaneously over the entirety of the Gila region, from the Magdalena Mountains west to the Apache-Sitgreaves National Forests in Arizona and are an important part of a long-term study initiated by the New Mexico Department of Game and Fish, Arizona Game and Fish Department and the New Mexico Cooperative Fish and Wildlife Research Unit at New Mexico State University.

The overall purpose of the project is to learn more about elk survival, causes of mortality, predator prey relationships, habitat use and movements throughout the Gila region. In addition to being home to one of the largest elk herds in the state, this region also has the highest diversity of predator species, including coyotes, black bears, mountain lions and the Mexican gray wolf. The data collected from this study will provide valuable information to biologists in making future management decisions for the elk herds in this region. 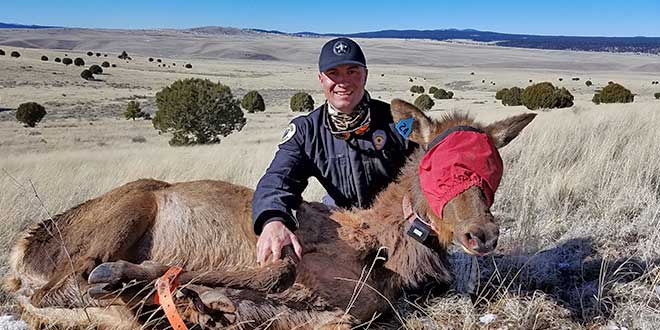 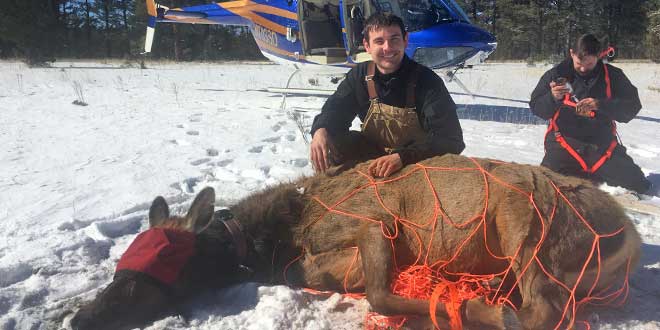