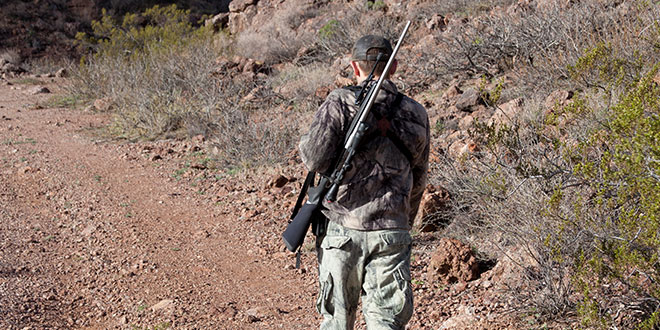 Around New Mexico: Peccaries and Pinot

When my wife and I were first dating, I somehow convinced her that accompanying me on a javelina hunt in the southwestern region of the state would be the perfect weekend getaway. As we drove toward New Mexico’s Bootheel, we both became more and more excited for the trip. I became excited as we starting seeing the Chihuahuan desert habitat that javelina call home. My wife became excited as we started seeing vineyards and road signs for wineries and tasting rooms.

When we finally reached our destination, it was clear that we had two entirely different goals in mind for our weekend trip.

We spent the next few days covering the desert mountain terrain, glassing the slopes and looking for signs of javelina. Given that the daylight hours are still fairly short during the javelina draw hunts, my wife convinced me that we could hunt all day and still have plenty of time to visit a winery for a glass and a cheese plate in the evenings. We did just that, and it became one of our most memorable trips from when we were dating. We have continued this tradition and fondly call these excursions our “Peccaries and Pinot” trips. 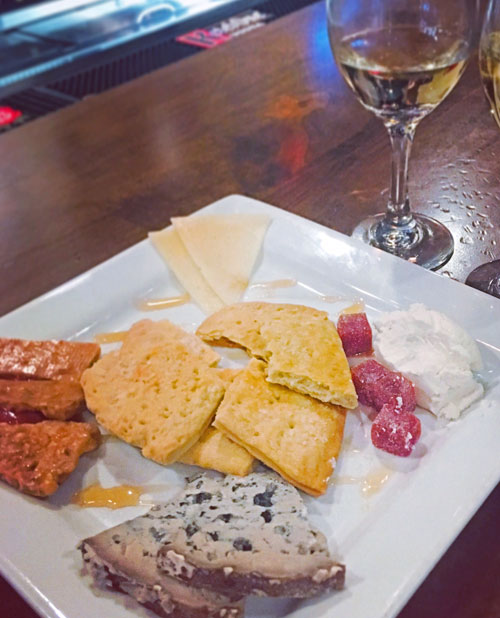 Javelina are commonly referred to as collared peccaries due to the white ring of hair around their necks. Peccaries are not pigs or rodents, but instead are members of the family Tayassuidae, which are native to the Americas and within New Mexico are most prevalent in the southwestern region of the state. These Bootheel hunts include Game Management Units 19 and 23 through 27, with the draw bow hunt lasting the month of January and the draw rifle hunt occurring over the entire month of February. In addition, there are draw javelina hunts in GMU 23 and draw youth-only and military-only hunts. Javelina licenses are also available outside of Game Management Units 19 and 23 through 28 over-the-counter, although peccaries are found in much lower densities in these areas.

Hunting javelina can be very enjoyable and is sometimes a very challenging hunt. Glassing from high vantage points with good binoculars or a spotting scope can be very useful in locating groups of collared peccaries. Once javelina have been found, spot and stalk techniques can be very successful, due to their poor eyesight at long distances. Javelina do have a heightened sense of smell, so it is important to stay downwind while stalking.

Javelina are also very sociable animals and will readily respond to calls. Once harvested, it is important to take care that knives and gloves that touch the hide during skinning are not used to further process the meat, due to the javelina’s dorsal scent gland which causes the animal’s “musky” smell. If processed properly, javelina meat is quite tasty and can be cooked in a variety of ways.

New Mexico has a very long history with vineyards and wine making stretching back hundreds of years. The tradition is still alive and well today with vineyards and wineries found all throughout the state. According to newmexico.org, there are currently 44 wineries, vineyards and tasting rooms on the New Mexico Wine Trail. Approximately 12 of these destinations are located within the area designated for the Bootheel javelina hunts, with many others near areas commonly hunted during the over-the-counter hunts. Many of these businesses offer tours, tastings and live music throughout the year.

So, this year, put in for the javelina draw or pick up an over-the-counter license, pack your hunting gear and a few nice clothes and make some memories of your own on a trip involving two of New Mexico’s richest traditions. A “Peccaries and Pinot” trip is sure to become a tradition of your own.