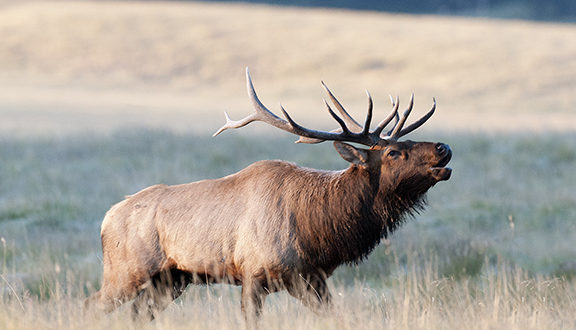 New Mexico offers world-class elk hunting opportunities throughout the state and is considered a premier hunting destination. It is known for productive elk herds across diverse landscapes, and hunting access through both public-draw and private- landowner tags. The New Mexico Department of Game and Fish offers many hunting opportunities on both public and private properties through rifle, muzzleloader or archery hunting options. Between 2017 and 2021, an average of 37,282 licenses were sold to hunters resulting in average harvests of 8,404 bulls and 6,428 cows each year. Average reported hunt success, across all weapons and license types, was 41.1% annually. 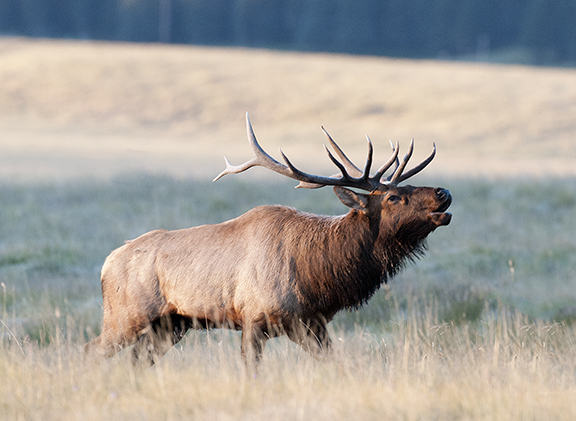 Elk population trends are largely driven by survival rates of adult females and calves. Adult males are certainly important for elk populations, but proportionally fewer males does not reduce the reproductive potential of the population due primarily to the ability of a single bull to sire many calves. Weather, disease, predation and human-induced mortality impact elk; however, forage and concealment cover availability can lessen or intensify the effect of these individual factors. It is imperative for department biologists to understand the productivity of each elk herd to provide meaningful management recommendations. For this reason, the department monitors elk herds using a combination of aerial helicopter surveys and hunter harvest reports.

Recent population estimates for elk indicate that the greater majority of herds are either stable or slightly increasing in size, with approximately 104,000 elk across all of New Mexico. Below is the elk hunt forecast for the 2023-2024 season by herd unit.

Elk populations within the northwest herd units have been steady, with some populations slightly increasing. Overall hunt success rates have been similar to success rates statewide. The Mt. Taylor herd is the only exception, as license numbers have been reduced in recent years to numbers that commensurate with the smaller population size.  A multi-year study has led to management actions that are beginning to result in positive population responses.

Licenses have been increased in Game Management Unit (GMU) 2 to reflect increased populations in this region, while a slight reduction in total licenses has occurred in GMU 9 to reflect population metrics. However, recent establishment of the Marquez/L Bar Wildlife Management Area (WMA) by the department in GMU 9 will increase public draw license numbers and huntable public lands as the area opens to hunting for the 2023-2024 season. While private-landowner licenses comprise the majority of licenses in GMUs 5A and 9, public- draw licenses are still available. Public-draw licenses make up the majority of licenses within GMUs 2 and 10, with private landowner licenses also available. 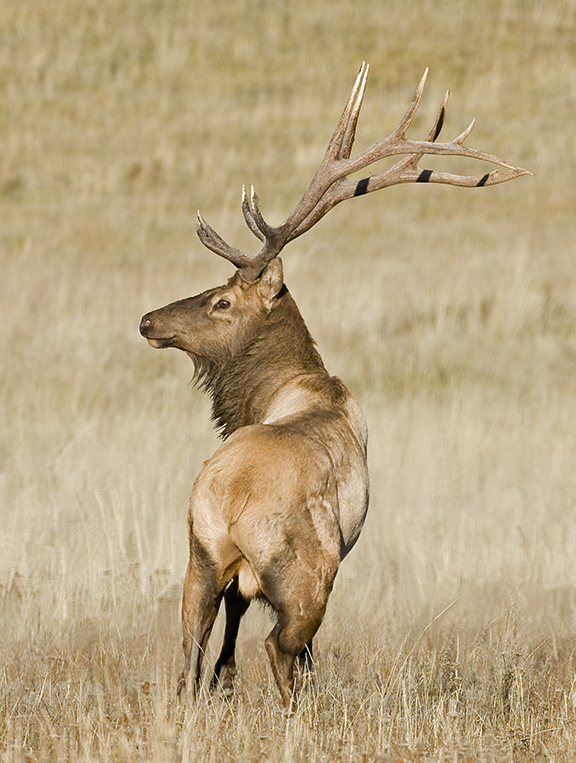 This region is one of the most popular for elk hunting in the state, and the North-Central Elk Herd Unit hosts the largest elk population in New Mexico. Recent population estimates indicate the herd is stable, with healthy bull and calf ratios throughout. Some public licenses have been redistributed across the herd unit to address concentrated segments of the population, and the number of licenses available on some WMAs in the unit have been increased as a result of high herd productivity.

Hunter success rates for this herd unit are near statewide averages with the exception of GMU 6B (VCNP), where success rates are slightly elevated. An additional 85 antlerless elk licenses will be allocated within VCNP for the 2023-24 as a result of this population’s performance. Hunter densities are very low within the VCNP; however, licenses are very limited and highly sought after. The majority of licenses available for this herd unit are available through the public draw; however, private landowner licenses are available outside of GMU 6B.

The southwestern region of New Mexico is known to produce some of the largest trophy bull elk in the state, primarily within the Greater Gila, San Mateo and Datil herds. The majority of the herd units within this region of the state are managed for quality hunts; with a limited number of licenses issued in order to allow increased bull survival to older age/trophy classes, with the exception of the Lesser Gila herd unit. Draw odds for many of the hunts in this region are lower due to high application rates, and hunters will find that access is more limited than in the more northern hunt units.

These hunts can be more difficult, especially GMU 16B, which is exclusively within designated wilderness areas, but can often be more rewarding. Additional public property will be added to the Primary Management Zone (PMZ) in GMU 17 (+90,605 acres) and GMU 13 (+78,917 acres) beginning in 2023. Concerns regarding bull mortality rates led to a slight decrease in bull licenses in the Greater Gila elk herd, while expanding populations in the Lesser Gila herd allowed for additional cow licenses beginning in 2023. Private landowner licenses are available; however, the majority of licenses in this region are available through the public draw (with the exception of GMU 12).

Elk populations continue to thrive and increase within the Sacramento Mountains (GMUs 34 and 36). Despite increased harvest, bull-to-cow ratios are highest within these two herd units. The Department has increased license availability within both GMUs 34 and 36 in the form of additional antlerless hunts to increase harvest pressure on the female segment of these populations.

Hunter success rates in these units is typically above average for the state, as a result of the abundant populations. The majority of licenses within these units are available through the public draw; however, private- landowner licenses are also available.

Elk populations within these herd units are either stable or slightly increasing. Recent wildfire activity (Hermit’s Peak/Calf Canyon) in this region may shift regional habitat use. However, increased forage availability and quality should ultimately benefit these populations in the coming years.

Hunters in these units should expect limited to no road access as large tracts of some GMUs are within designated wilderness. The terrain is typically rugged and remote, offering challenging-yet-rewarding conditions for elk hunting (especially in GMUs 45 and 53). Hunter success varies across these herd units, with average success rates in GMUs 48 and 49, and lower-than-average success in GMUs 45 and 53. Most elk licenses within these herd units are offered through the public draw, though private-landowner licenses are also available.

Travis Zaffarano is the Elk Program Manager for the New Mexico Department of Game and Fish.