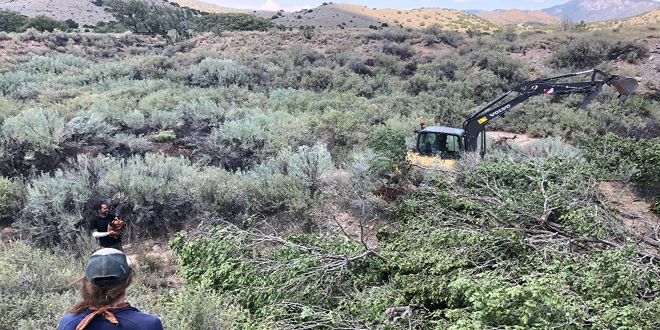 Banner: The Coyote Springs wetland restoration site on Kirtland Air Force Base. In 2020, an excavator was used to remove invasive species, such as Siberian elm. Photo courtesy of Alan Hamilton.

In a collaborative effort with the United States Department of Agriculture and Rio Grande Return, researchers at Oklahoma State University identify habitat requirements of these species in order to provide land management recommendations to Kirtland Air Force Base. Ongoing research objectives include the study of nesting habitat for various birds, such as gray vireos, loggerhead shrikes and pinyon jays, population studies of desert massasaugas and tracking mountain lion movements via GPS-collared individuals. A key component of this project is the restoration of the Coyote Springs Wetland complex, a site of cultural, historical and natural significance. In collaboration with Rio Grande Return, ongoing restoration activities are conducted including the removal of invasive vegetation, such as Siberian elm, salt cedar and Russian olive and watershed management. 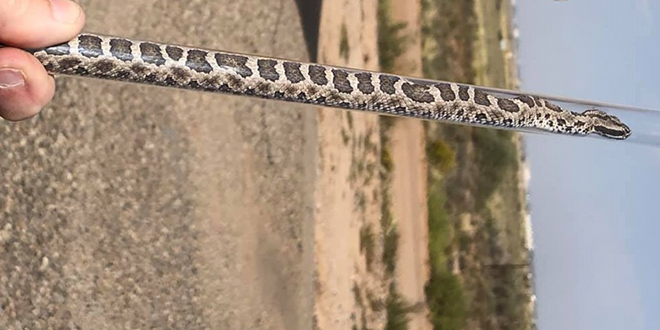 Above: A desert massasauga captured on Kirtland Air Force Base in 2020. Researchers are marking snakes with pit tags to identify individuals in order to estimate the population size of desert massasaugas on base. Photo courtesy of Jonathan Harris. Below: An adult female gray vireo brooding nestlings on Kirtland Air Force Base. Researchers are studying the nesting habitat for this species in hopes of providing management recommendations that improve habitat quality. Photo courtesy of Jonathan Harris. 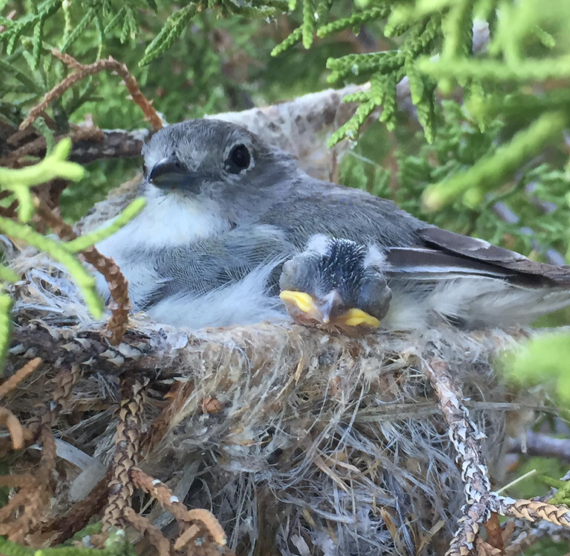 Researchers have already identified some key results which support state and nation-wide conservation goals. Gray vireos, which have generally been believed to occur in low densities throughout the Southwest and have poor nest survival, are abundant on Kirtland Air Force Base and have had a higher percentage of successful nests than what has been observed in other locations in New Mexico. Similarly, rare species such as loggerhead shrikes and desert massasaugas have been observed on base. Pinyon jay colonies have also persisted on Kirtland Air Force Base despite declines throughout the species’ range.

Future efforts will provide habitat management recommendations that can be used to improve key wildlife populations. The goal of these projects is to ensure that these military lands can be utilized to promote and conserve some of New Mexico’s unique and treasured natural resources for years to come.

Jonathan Harris is a postdoctoral researcher at Oklahoma State University.