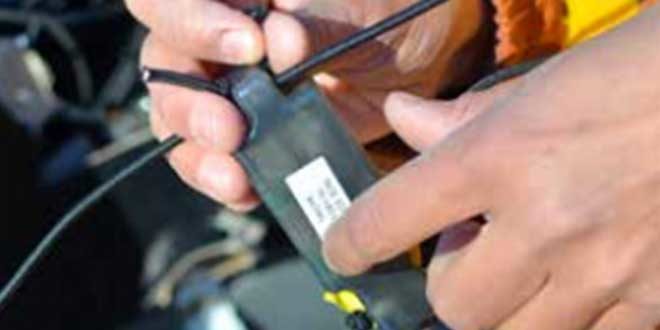 Ross Morgan In the Field

Wildlife tracking has been around for centuries, but early on, its use had little to do with research. More than 500 years ago, falconers in Europe were known to place leg bands on their birds as a sign of ownership, but it wasn’t a big leap to go from banding to define ownership, to banding for research.

Banner: Tracking devices exist that can aid in the research of birds, mammals, fish, insects and arachnids, but with each different species come separate challenges. This backpack-style transmitter works well with wild turkeys.

In North America, John Audubon’s desire to understand the behavior of birds would alter the course of wildlife research forever. He banded a few phoebes near Philadelphia in the early 19th century, making the birds easily identifiable when they returned to the same nesting site the next year. Advances in technology broadened the possibilities, and by the 1960s Very High Frequency (VHF) tracking devices allowed researchers to delve deeper in their studies of wildlife behavior.

These devices require a user to acquire transmissions from a device attached to an animal using an antenna, either carried in hand or attached to a vehicle or aircraft. Although similar, Global Positioning System (GPS) devices transmitters that use satellites to determine precise information that is either stored on a collar and collected when it drops off an animal or transmitted to a satellite that emails the user. Depending on the project, GPS collars can be cost prohibitive

“Not only does the information collected help biologists locate and track wildlife, but the data gathered can also provide wildlife officials with information about migratory routes, the types of habitats a particular species likes and causes of mortality,” said Bill Taylor, northwest regional wildlife biologist for the New Mexico Department of Game and Fish.

Telemetry makes it possible to document survival, migration patterns, timing and locations of birth, food habits and seasonal landscape use. Some states have used the technology to study migration routes across roadways. “There are transmitters used for birds, mammals, fish, insects and arachnids,” said Nicole Tatman, big game program manager for Game and Fish. “The type and size of a transmitter will vary depending on the species and the reason for its use.”

Collars have been vital in developing an understanding of pronghorn behavior, which has led to fence modification projects because pronghorn prefer to go under, rather than over, fences. Gould’s turkeys were fitted with backpack radio transmitters to gather information on survival rates and dispersal. Necklace-style radio transmitters were fitted to white-tailed ptarmigan in the Pecos Wilderness area to gather information on seasonal habitat use.

If you happen across a transmitter while hiking or harvest an animal with a transmitter, it is important that it is returned to the Department of Game and Fish. These transmitters are not only expensive tools that get reused from year to year, location information on where it was found or where the harvested animal was is important information that our biologists need to know.