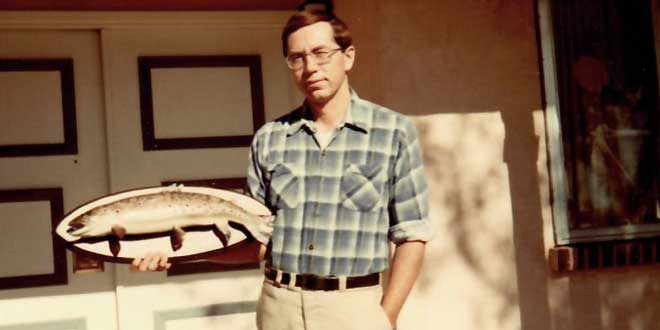 Like many anglers, fly fisherman James McKay enjoys fishing alone, taking in the quiet, pristine scenery. That’s the way he’s fished for most of his life. Nearly 40 years ago, on June 27, 1981, McKay was on one of his solo fishing trips, stalking a large brown trout in the Pecos River, about half a mile downstream from the Lisboa Springs Hatchery.

McKay never saw much of a need to carry a camera when he went fly fishing. Smartphone selfies? Those were a few decades away. But this particular day is still a vivid memory, even without photographic evidence.

McKay followed the fish along some rocks in the stream. He knew this wasn’t going to be an easy catch because of post-storm runoff. “If you’re going to go after brown trout, in particular, they’re predatory and they like to hide and come out and ambush,” he says. “At that point, there was a lot of water in the river and later it dropped a lot. The fish got into the current and I had to move quickly to get downstream where the fish was. That’s where I finally landed it.”

The fish was large, most likely trophy size. He opted to bring it home, something he usually never did, and took it to a taxidermist in Albuquerque. He had the fish mounted to a slap of wood. For almost forty years, it hung in his library in the company of two woodcarvings of a brown and rainbow trout.

Above: Jim McKay with his trophy brown trout caught in the Pecos River in 1981. Photo courtesy of Jim McKay. Below: Jim McKay’s Master Angler certificate, issued this summer, almost 40 years after his trophy catch. 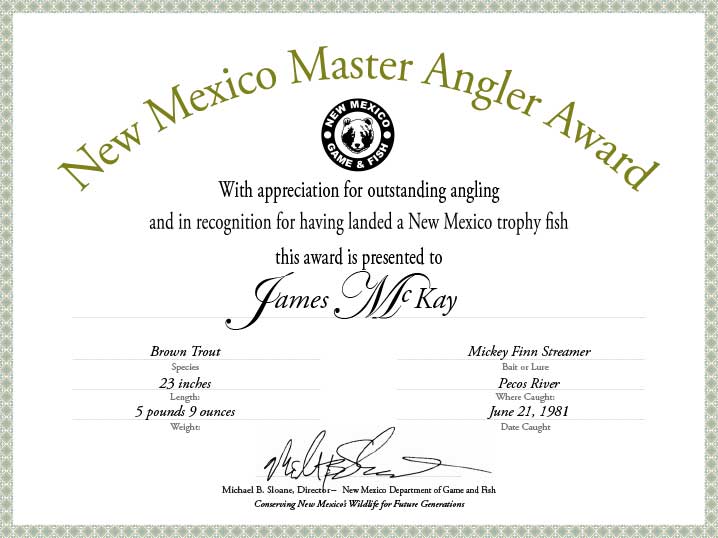 This past summer, McKay, a retired attorney and former New Mexico resident now living in Scottsdale, Ariz., found himself browsing the New Mexico Department of Game and Fish website, contemplating another fishing trip to one of his favorite spots (COVID-19 canceled McKay’s plans this year). He came across information about the Department’s Master Angler award program for anglers who catch a trophy size fish.

“It was such a rarity for me to catch a brown trout of that size on the Pecos,” he says, noting that at the time, he had no idea it was even so unusual to catch a fish of that size from the Pecos River. “I’ve seen some [large] fish people caught up there, but on flies? Not so much. So, it was special enough for me to do it that way.”

The Department of Game and Fish receives dozens of applications for Master Angler awards every year. Most are received and issued within days or weeks of a catch. McKay’s award is one of the very few that came in decades after the trophy fish was caught.

At the time of his impressive catch, it didn’t occur to McKay to apply for an award.

He considered whether his trophy trout would pass muster. To be eligible, fish must be legally taken in New Mexico waters that are open to the public without fishing charges or fees. Fish caught at farm ponds, fee-fishing lakes, ponds or streams or in waters restricted to club members or club guests do not qualify. Fish must be taken from waters as described above and must meet or exceed the minimum size listed in the table below. A witness is required, and this individual may also weigh and measure the fish.

Above: All fish submitted for a trophy award must meet or exceed the minimum size listed in the table above.

He still had the mounted fish, displayed on the slab of wood up on his wall. The taxidermist was the witness. He measured the fish at twenty-three inches — three inches over the minimum length requirement for a brown trout.

The brown trout is the only trophy fish McKay ever kept and mounted. Since then, he has never had a desire to mount a fish, he notes.

An avid angler since childhood, he grew up fishing in Washington State. He has caught brown trout in New Zealand and England, as well as other New Mexico streams. He’s caught and held some sizable trout in his hands but always opted to return them to the water.

“It was a unique special thing that happened in New Mexico in a relatively small New Mexico stream,” he says.

Oh, and the fly McKay used to catch the brown trout? A yellow and red streamer fly called a Mickey Finn. 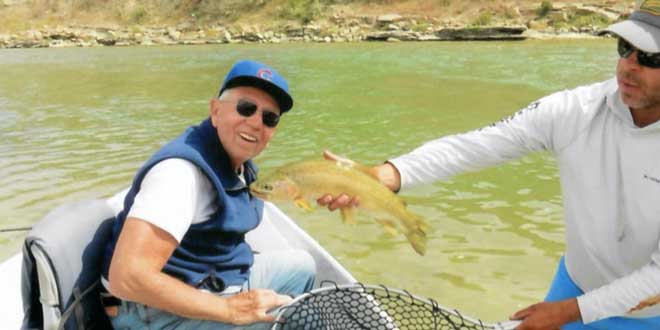