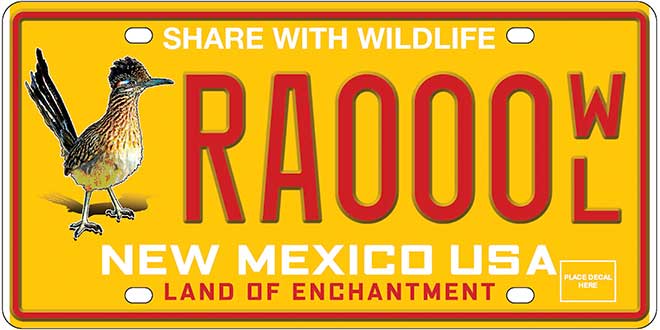 For those looking to add a personal touch to their support of conservation efforts in New Mexico, the new Share with Wildlife license plate will be available for purchase this fall and will feature the greater roadrunner, New Mexico’s state bird.

The roadrunner plate is the fourth in the series of Share with Wildlife plates developed in collaboration between the Department and New Mexico Motor Vehicle Division (MVD) and offered by MVD. The other three plates feature images of Rio Grande cutthroat trout, Gambel’s quail and mule deer.

The $27 fee for a plate goes directly to conservation projects, not to program administration, noted Ginny Seamster, the Department’s Share with Wildlife program coordinator. In addition, she explained, Share with Wildlife uses this funding to focus on species that don’t receive funds from other sources, especially on Species of Greatest Conservation Need (SGCN).

“This is part of why it is so exciting that we are putting the state bird on the license plate,” said Seamster “Although the greater roadrunner is not currently a SGCN, it’s more representative of the sort of species the Share with Wildlife program typically supports.”

How exactly was the state bird selected out of all of the amazing fish and wildlife in New Mexico? Seamster said the choice was based on a survey that asked what animal respondents would like to see on the next Share with Wildlife license plate. The greater roadrunner was the most requested design.

Seamster said she was looking for an image that was easily recognizable as a roadrunner, aesthetically pleasing and easier to use in creating an image for the plate. The roadrunner on the new plate is taken from the image of an actual roadrunner photographed in an Albuquerque park by Cassandra Trevino, who works as a cybersecurity specialist at Sandia National Laboratories.

“Cassandra’s photo did a great job of capturing the classic roadrunner profile while also having beautiful colors,” Seamster said.

Trevino, who lives in Albuquerque, photographed this particular roadrunner for a number of years, not only because she simply liked it but found it had a unique sense of humor. “I got to know every detailed-inch of the park and almost everything about the behavior of the roadrunner,” she said. 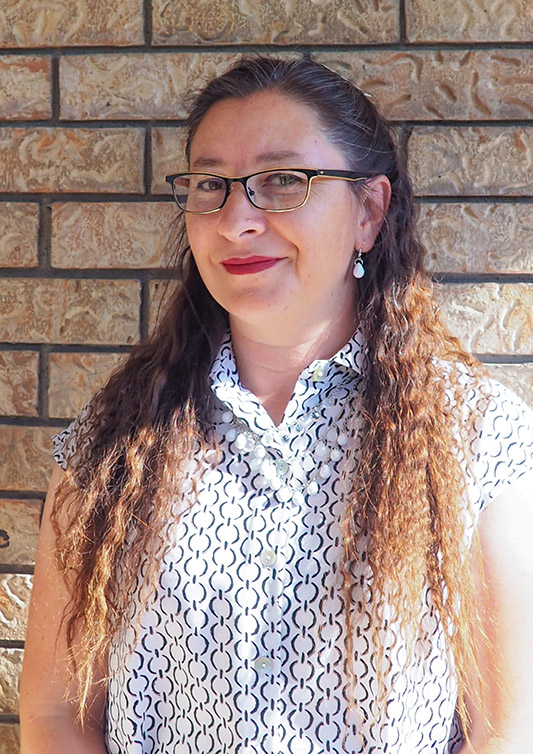 “Believe it or not, if the roadrunner just simply heard my voice,…he would come up to me and start rapping his beak,” she continued, adding that the photo submitted for the plate was taken in March 2018. “I’ve seen this roadrunner with his mate and both of them raising multiple younger-to-juvenile roadrunners through the years.” 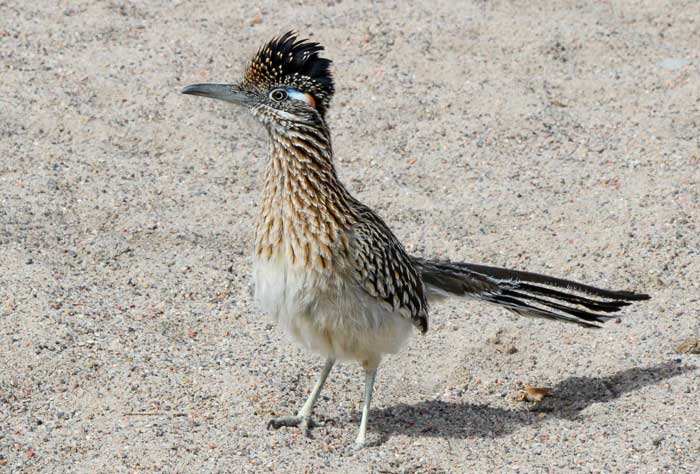 Cassandra Trevino’s photo of the greater roadrunner featured on the new license plate.

Trevino even started her own ‘Roadrunner Girl Wildlife Photography’ Facebook page. “I am often referred to as ‘Roadrunner Girl’ if people recognize me out in the open spaces with my camera in hand,” she said. “Every time someone sees a roadrunner, real or otherwise, they let me know.”

It’s been about year since Trevino has seen the roadrunner featured on the new license plate at the neighborhood park, but she does see some of his offspring there from time to time.

“Having the opportunity to hopefully see many roadrunner license plates around the city and state is really remarkable, and I look forward to striking up conversations with others about the roadrunner, the plate, and the program that it supports,” she said. “I hope to see many plates out there.”

“People who contribute to the Share with Wildlife program make all these wildlife projects possible,” said Ginny Seamster, the program’s coordinator.

Donations to the program are matched by federal dollars to maximize the support for wildlife. More than $1.9 million has gone to research, habitat enhancement, education and rehabilitation projects in the past 10 years. All donations fund projects, not program administration.

The program is reliant upon donations, especially through tax refund contributions. To donate part of your state tax refund just fill out line 3 of PIT-D, the voluntary contributions schedule. Visit the state Taxation and Revenue Department at http://www.tax.newmexico.gov/Individuals/personal-income-tax-forms.aspx for tax forms and instructions.