Michael Sloane, a 24-year employee of the New Mexico Department of Game and Fish, has been named the department’s new director by the State Game Commission. 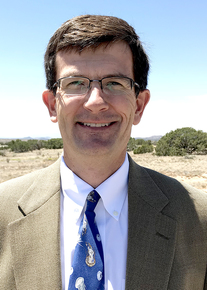 As director, Sloane will be responsible for leading the state wildlife agency whose mission is to conserve, regulate, propagate and protect the wildlife and fish within the state of New Mexico. He is managing more than 300 dedicated wildlife employees and an annual budget in excess of $39 million.

“Throughout his career with our department, Mike has demonstrated a commitment to our agency’s mission to conserve our state’s wildlife while promoting unique recreational opportunities,” said Paul M. Kienzle III, chairman of the State Game Commission.

Sloane previously served as the department’s chief of the Fisheries Management Division since 2001. In that role, he was responsible for providing strategic direction and oversight to the statewide fisheries management program.

“Mike sees the future of fish and wildlife management in New Mexico and he recognizes we have a multi-purpose mission of selling hunting and fishing licenses and providing recreational opportunities,” said Kirk Patten, chief of fisheries at the department. “However, he also champions the additional conservation purpose of our agency, such as non-game species, healthy forests and how that contributes to the natural resources of New Mexico.”

Patten noted that Sloane has an impressive ability to navigate large capital projects critical to conservation.

“He’s improved our ability on the biologist side to get large conservation projects on the ground,” Patten said. “His largest contribution is his can-do attitude and strong will to get something done. In working with him as assistant chief, we’ve constantly sought to strike a balance between competing interests among user groups. His approach in doing that will continue to be challenging yet necessary.”

Sloane began his career with the department in 1994 as a wildlife culturist at Lisboa Springs Hatchery in Pecos. He has a master’s of science in fisheries and allied aquacultures from Auburn University.
Sloane was selected among five candidates considered after a nationwide search that began April 1 and ended June 1.