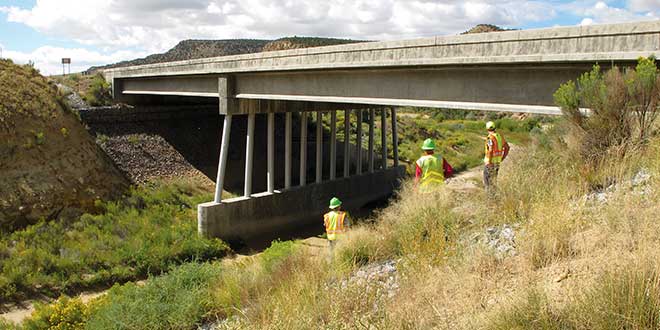 Above: NMDOT employees inspect one of two large bridges over the Rio Puerco on U.S. Highway 550 south of Cuba, a high wildlife-vehicle collision hotspot. Eight-foot tall woven wire fencing constructed along the highway right-of-way will force wildlife to move under the highway at these two bridge locations. Department photo by Mark Watson.

The Act directs the New Mexico Department of Game and Fish and New Mexico Department of Transportation (NMDOT) to develop a wildlife corridors action plan that identifies large game animal travel and migration corridors and wildlife-vehicle collision hotspots, and to create a wildlife corridors project list that prioritizes areas for implementation of wildlife-vehicle collision mitigation projects.

A preliminary report is due January 1, 2020; however, there is no official deadline for finalization of the
plan and list.

Below: A worker aims a thermal imaging camera at the north end of the game fence along U.S. Highway 550 south of Cuba. Two animal detection systems, each using four thermal imaging cameras, are being installed at the north and south ends of the game fence. These detection systems will warn motorists of the presence of deer and elk that have not yet learned to use the two underpasses. Department photo by Mark Watson. 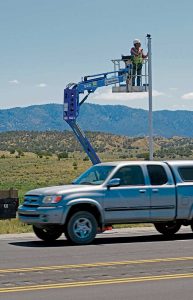 The Act marks the transition from an ad hoc to a systematic approach to wildlife-vehicle collision avoidance in New Mexico, said Matt Wunder, Ph.D., chief of the ecological and environmental planning division at Department of Game and Fish.

The Act also provides for consultation with tribal governments and incorporation of public comment in the development of the action plan. A preliminary plan is required to be submitted to the governor and legislature before Jan. 15, 2020, and it is anticipated that a finalized plan and list will take two years to complete.

“This legislation should help raise awareness in NMDOT of the importance of road design that lets wild animals, of all sizes, move across the landscape,” Wunder said. “The statewide assessment will show how many, and where, big game animals are killed on the highways each year so the Department can determine how populations might be impacted.”

A Request for Proposals (RFP) has been published by NMDOT. The Ecological and Environmental Planning Division of the Department was actively involved in the development of the scope of work for the RFP, and will be active members of the proposal selection committee and project implementation oversite committee. 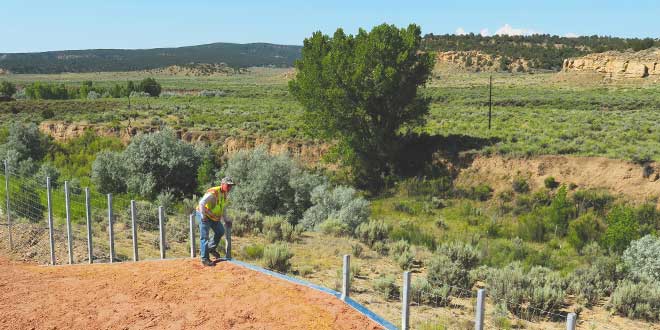 Although nine wildlife-vehicle collision mitigation projects have been completed in New Mexico since the early 2000s, no clear process for how these types of projects could be proposed and implemented existed. Most projects were the result of legislative memorials or opportunistically conceived. Although providing no funding for project implementation, the Act provides a clear indication of the intent of the Governor and New Mexico state legislature that wildlife-vehicle collision mitigation projects be implemented. These mitigation projects enhance motorist safety, reduce unnecessary wildlife mortality and increase habitat connectivity where they are implemented.

Mark Watson is the Terrestrial Habitat Specialist for the New Mexico Department of Game and Fish.