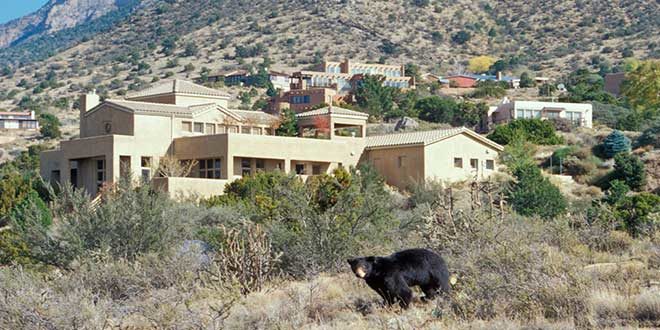 Keep wildlife wild – Feeding wildlife puts you and others at risk

Most people mean well when they feed wildlife. What many don’t realize is that feeding wildlife is bad for the animals and dangerous for people. It’s also against the law in New Mexico if it creates a nuisance for you or someone else. There are many reasons feeding wildlife is a bad idea and creating a nuisance is just one.

Banner: Bears can be attracted to neighborhoods by bird feeders, which should be put away in the spring when bears become active.

While putting out food for animals such as deer seems harmless, feeding wildlife can do more harm than good because when you attract deer, you are also attracting other wildlife. 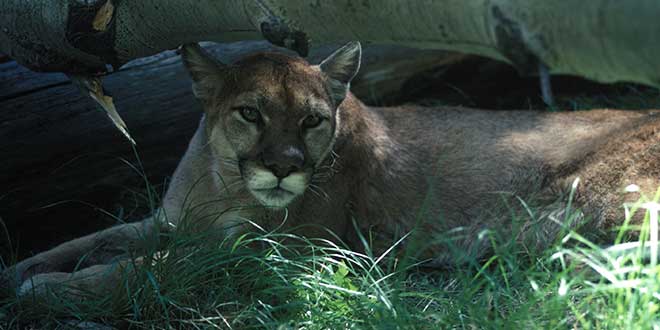 Above: Feeding deer can attract predators, such as mountain lions, to your property.

The typical feeding behavior of big game animals allows them to spread out as they graze or browse. Artificial feeding disrupts that behavior and prompts deer to crowd together in small areas where they are more likely to be chased by dogs, attract predators, get hit by cars and contract diseases. Although you may be delighted to see deer grazing in your yard, your neighbor may be less pleased when the deer destroy their flower and rose gardens. Additionally, attracting wildlife to your yard by putting out food can cause these animals to get run over by cars as they cross streets to get to your food source.

Bird feeders teach bears that it’s OK to come close to homes and people searching for food and are most likely to become bear feeders once discovered. Bird feeders, regardless of their design, create one of the easiest meals a bear can find. Bird feeders are fine when used during the winter months when bears aren’t active. However, once bears become active in the spring, bird feeders should be removed.

For the Health of Wildlife

Animals like deer and elk depend on native vegetation like forbs, grasses and shrubs to maintain their sensitive diets. These plants provide wildlife with the nutritional requirements they need to survive. When wildlife eats non-natural foods provided by humans, it can disrupt their digestive systems, which will result in nutritional deficiencies, poor condition and even death.

There can be severe detrimental impacts that result from unnaturally concentrated wildlife populations. Concentrating wildlife by feeding them can increase stress on the animals and facilitate the spread of disease and parasites. Some of these diseases and parasites can spread between wildlife and livestock, as well as to domestic animals and people.