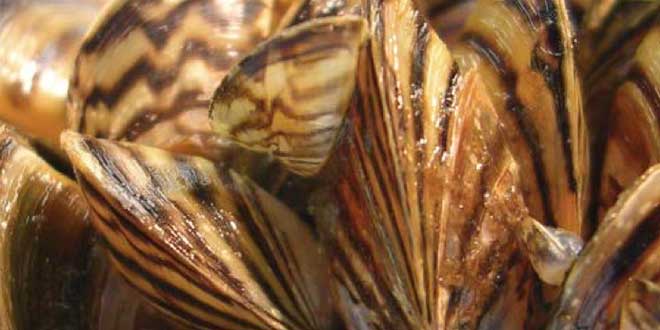 Help Be Part of the Solution to Invasive Species, Not the Cause

It’s that time of year again. The birds are calling, the sun is warming our hemisphere, the trees are turning green, the smell of cut grass is in the air and the thoughts of fishing, lake trips, hikes and BBQs all play in our heads. It’s as if nature is beckoning us to return to the outdoor activities we enjoy with an almost simultaneous hit to all our senses.

With the unprecedented times we all have endured and continue to work through, for many, the idea of getting out in nature has never felt so good.

With that in mind, it seems like a good time to remind everyone venturing out to their favorite waters, whether it is to fish, play or just relax, to be cautious about inadvertently — or for lack of understanding the harm — transferring invasive species into or around the state.

It’s not something that may come to mind when you head out to wakeboard at Elephant Butte Lake, kayak the Rio Grande or fish at Eagle Nest Lake. However, it is a real concern for the wildlife and their ecosystems that can be devastated by invasive species.

Let’s first define what invasive species are and the dangers they can cause.

Now, these are some of the more well-known incidents of invasive species plaguing states around the country, but there are other invasive species that can wreak major havoc on an ecosystem and threaten species and habitats right here in New Mexico. Let’s explore a few.

Banner: Close up of zebra mussels. Below: Zebra and quagga mussels.

Have you heard of zebra or quagga mussels?

If you are an angler or boater, you probably have. These small mussels, originally from eastern Europe, are not much larger than your fingernail. However, they produce in huge quantities, thereby obstructing major water pipelines and dams, littering beaches and shallows with sharp shells and weighing down boats and destroying motors. For fish, the mussels seem like they would be innocent enough, but in reality, with their biomass, they are able to remove tons of algae that is a food source for small fish. This removal of algae is why you might hear some people say, “the lakes have never looked so clear after mussels took hold in a lake.” It is true the water may look more aesthetically pleasing, but at a considerable cost to both native and sportfish species. 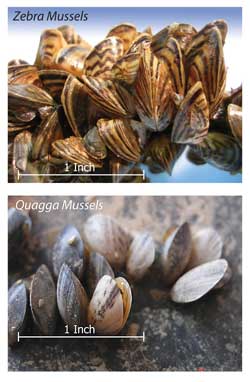 Now, you may be saying, “I don’t fish or have a boat of any kind, so this doesn’t apply to me.” Well, you might own an aquarium or aquatic terrarium with moss balls. If you do, watch out. Zebra mussels were recently found hitchhiking on those pieces of vegetation. If you haven’t seen it, our Aquatic Invasive Species Coordinator, James Dominguez, talks about the discovery of zebra mussels in moss balls and what you need to do to protect New Mexico waters in one of our new TikTok videos. You can check it out here.

Most of the states surrounding us have these invasive mussels in their waters, but New Mexico has been diligent about keeping them out of our waterways through inspections, education and your help.

You can continue to keep New Mexico waters free of invasive species by making sure you clean, drain and dry your boat after each outing, and if you are coming from another state, that you have your boat inspected and, if needed, hot-water decontaminated before launching. Also, if you have moss balls in an aquarium, you should follow the procedures for discarding the moss balls and properly dispose of the aquarium water that may now harbor invasive zebra mussels.

We talked a lot about mussels, but what other invasive-species dangers can you help prevent?

Continuing with aquatic species, goldfish are a good example. In the past, there have been multiple lakes in New Mexico that have become overrun with goldfish from people releasing them into the lake. These releases may seem innocent enough, but these fish reproduce fast and grow to enormous sizes, causing predation and competition for native species as well as sportfish such as rainbow trout that the Department raises for anglers to have the opportunity to catch. 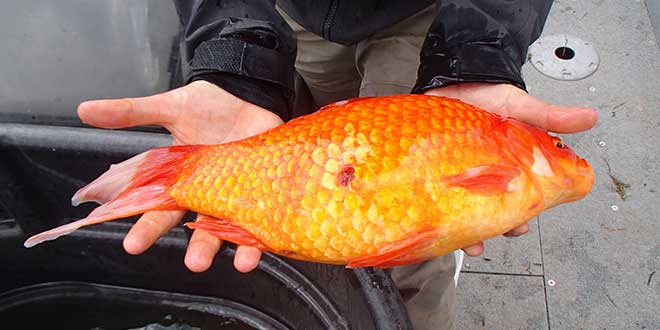 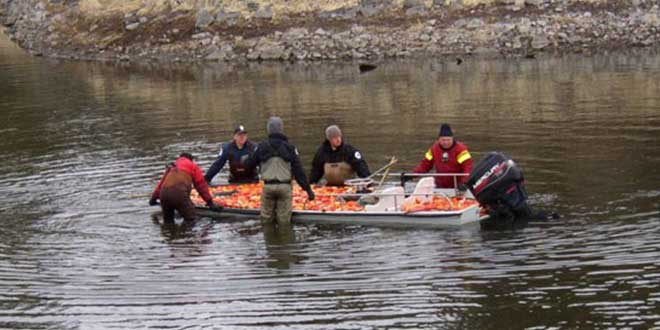 Another fish example that has caused damage to native and sportfish populations is the northern pike that were illegally introduced into Eagle Nest Lake.

While they may not get as much attention, plants are another concern to watch out for. Ensure you aren’t accidentally carrying hitchhiking plants from one lake to another either on a large boat or a kayak. Some aquatic invasive plants that have accidentally ended up in New Mexico waterways include hydrilla, Eurasian watermilfoil, parrotfeather and curly pondweed. These names may not be familiar, but what is important is that once introduced and established, they can choke out native plants, reduce dissolved oxygen in the water used by other plant life and impede boat navigation. If you ever had to untangle plants wrapped around your boat prop, you can understand some of the issue.

Finally, one last note for those of you who may have acquired a new exotic pet during the pandemic that may have become a bit of a handful to care for, please never release it into the wild. Not only is it illegal, but the pet usually doesn’t survive, and the ones that do can cause problems for native wildlife, including loss of species. Remember the python example at the beginning of this article. Florida has had to spend extensive amounts of time and money in an attempt just to control them as a result of the damage they cause to native species in the Everglades and surrounding regions. So, if you have a pet you can’t care for, please find groups or organizations that can take them for you.

The New Mexico Department of Game and Fish participates in the “Don’t Let It Loose” program. If you have an unwanted pet, please visit www.dontletitloose.com to find a pet store that will take the animal off your hands.

By completing a few checks of our boats and gear before we go to the lake and with a little forethought, we can help maintain a home for both native and sportfish species and keep our New Mexico wild spaces beautiful and healthy.

Also, don’t forget to have fun out there.