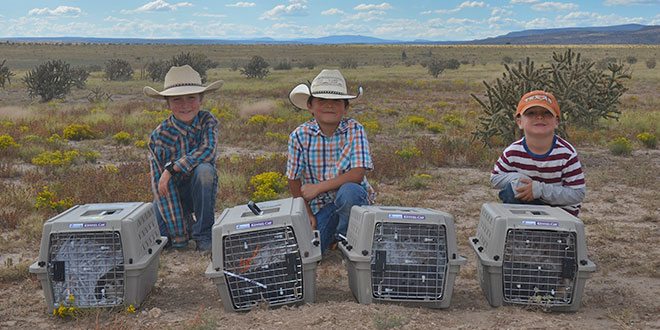 The New Mexico Department of Game and Fish released four additional black-footed ferrets at a ranch in Wagon Mound late September in an effort to augment a small population reintroduced at the site a year earlier. 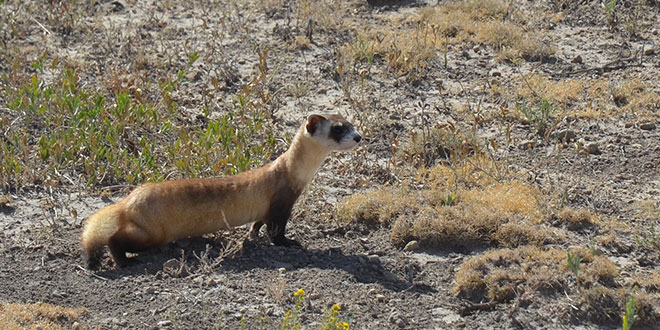 Eight ferrets were released in September 2018; however, Department surveys suggested only three of those survived the winter, according to Jim Stuart, endangered nongame mammal biologist with the Department.

“One individual captured [at Wagon Mound] August 2019 was a young ferret that was born on the site this past spring, so there was successful reproduction this year,” Stuart said. “The population that can be supported on this prairie dog town will likely remain small although we don’t know for sure what that number should be.” 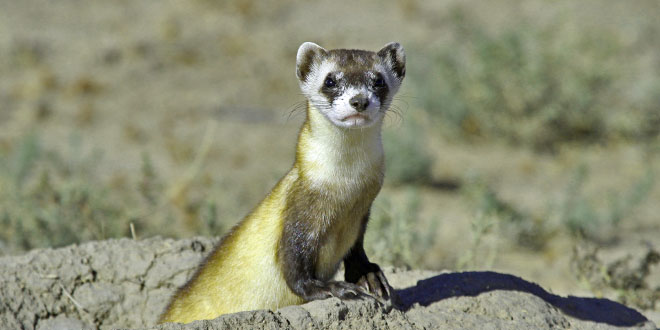