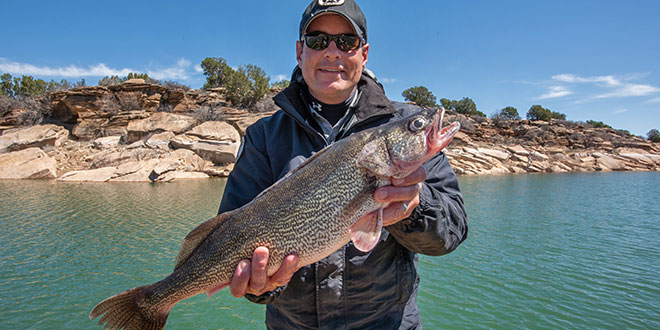 Fisheries team kicks off the spring with annual walleye spawn

It’s walleye spawning season! And that doesn’t only mean this is the best time of year to cast your line for this special fish—it also means department fisheries staffers have wrapped up our yearly walleye spawn. 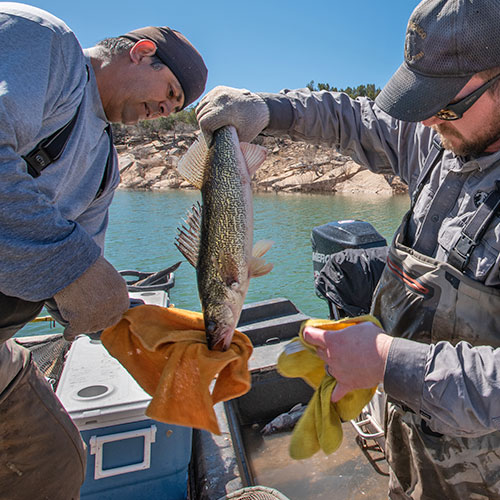 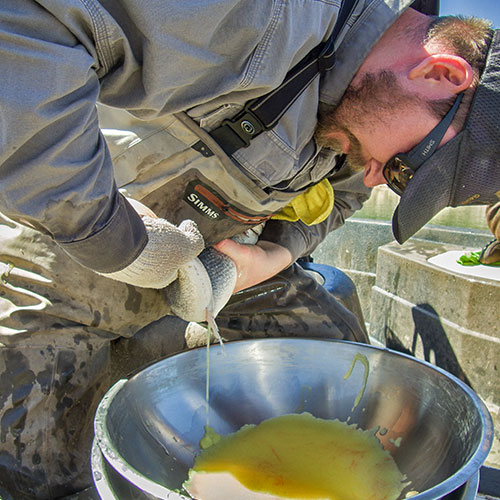 Last month, fisheries biologists and hatchery staff spawned walleye at Santa Rosa and Conchas lakes over the past several weeks. Collected eggs are fertilized and then transported to Rock Lake State Fish Hatchery in Santa Rosa.

Spawning is the process of squeezing eggs from female fish and milt from male fish. Fertilized eggs are then transported to one of the department’s hatcheries, where they are hatched into fry.

Best spring fishing action is on windy days during April and May, just after the spawn. On cloudy, breezy days, it is not uncommon to catch walleye in less than 10 feet of water in areas where you’d normally expect to find largemouth bass. Under these conditions, use small jigs tipped with minnows, shallow running crankbaits, spinners, plastic worms, salt craw, and curly tail grubs.

Fishing for Walleye: Pointers from the Pros

Recent surveys indicate the highest and most stable populations of walleye are found at Santa Rosa and Sumner Lake. Ute Lake and Conchas Lake also provide good numbers of walleye. Fishing is usually best during April and May, after fish have spawned.