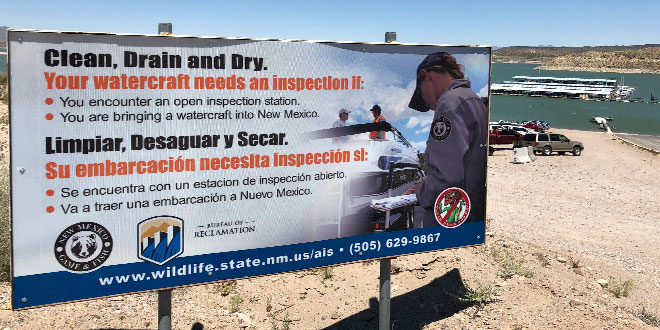 In an effort to promote Aquatic Invasive Species awareness to a wider audience, the Department of Game and Fish has posted its first-ever bilingual Spanish-English billboards at two lakes in southern New Mexico.

“As far as we know, this is the first bilingual sign from the Department,” said Dominguez, noting that the Department and other partner agencies hope to install up to ten signs across the state in the future.

The signs inform boaters in English and Spanish to “clean, drain and dry” their watercraft and that watercraft needs an inspection when encountering an open inspection station and every time a watercraft is brought into the state of New Mexico. Inspecting watercraft is the first line of defense against accidentally transporting aquatic invasive species such as zebra and quagga mussels into New Mexico waters.

“We get a large number of boaters at Elephant Butte from El Paso and Juarez whose primary language is Spanish,” explained Dominguez. “If we’re trying to get an educational message out, we need to reach as many people as possible. [AIS] is a tough message to capture. It’s crucial to try to encompass as many people visiting.”

“The Department is always evaluating its education and communications materials to ensure we are inclusive when it comes to promoting our conservation messages,” said Mike Sloane, director of the Department of Game and Fish. “Offering these bilingual signs at popular fishing destinations is one of several significant steps we are taking to reach out to more of our state’s residents and visitors.”

To protect these water resources, New Mexico Department of Game and Fish, New Mexico State Parks and Reclamation are raising awareness of the threats posed by aquatic invasive species and our shared goals to inspect and decontaminate boats coming from contaminated or questionable waters, said Mary Carlson, public affairs specialist for the Bureau of Reclamation.

“These new bilingual signs will allow us to ensure that the message continues to reach as many boaters as possible,” she said.

Zebra and quagga mussels have caused millions of dollars in damage to dams, reservoirs, irrigation systems and drinking water conveyance systems in other states, Carlson explained. Once these aquatic invasive species become established, these systems need costly and continued maintenance to operate.

“While [these] mussels have made their way into most states around us, our education campaigns, boat inspections and decontamination stations have thus far proven successful in keeping them out of New Mexico’s reservoirs used for fishing, recreation, irrigation or drinking water supplies,” she said.

For additional information and requirements pertaining to AIS, please go to www.wildlife.state.nm.us/ais. 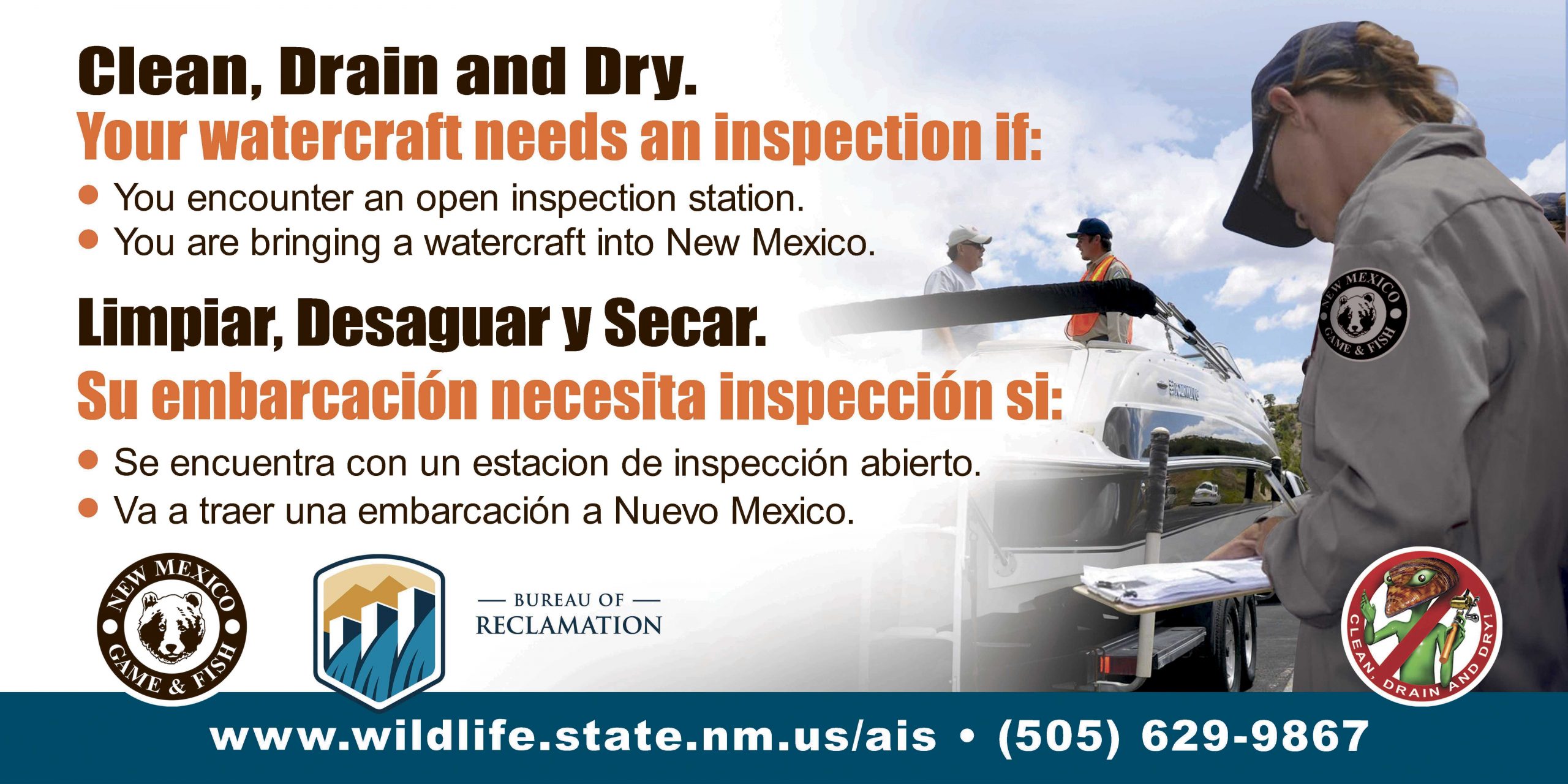