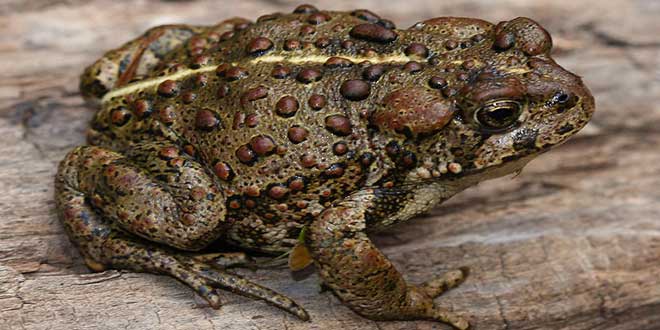 Last June, the Department, in partnership with Colorado Parks and Wildlife (CPW) and the U.S. Forest Service, released 72 adult and young boreal toads at Trout Lakes near the northern New Mexican town of Tierra Amarilla.

The toads were released in the marshy zone by the upper lake, where the treeline is, said Leland Pierce, Department herpetologist, who noted that the toad is often found in conjunction with sites popular with anglers. The toads are listed as endangered in the state of New Mexico. 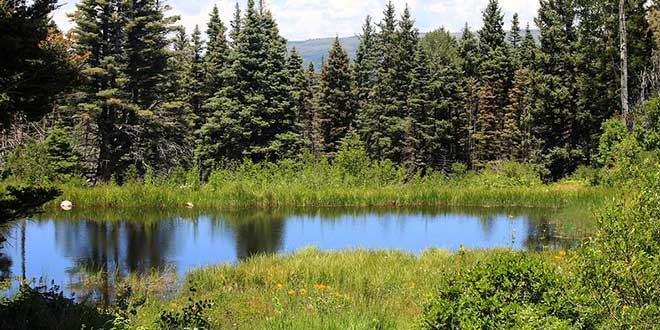 The first release was in 2008 and at least one release has occurred every year since with the exception of 2015 and 2016, explained Pierce.

The toads were transported from Colorado Parks and Wildlife’s Native Aquatic Species Restoration Facility in Alamosa, Colo. The facility houses over 700 adult boreal toads and provides “a key link in the production of these animals for translocation efforts and research [and also serves] as a genetic bank for this state endangered species,” according to CPW. 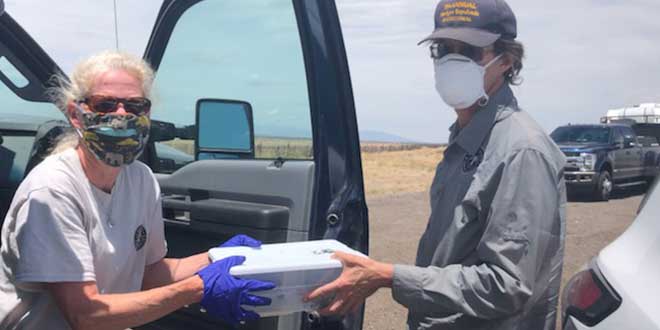 Above: Doreen Summerlin of the Colorado Parks and Wildlife Department hands a box of boreal toads to Leland Pierce, Department herpetologist, on the border with Colorado north of Tres Piedras. Department photo by Esther Nelson/USFS. Below: A biologist measures a boreal toad during the reintroduction project. Photo by Jim Stuart. 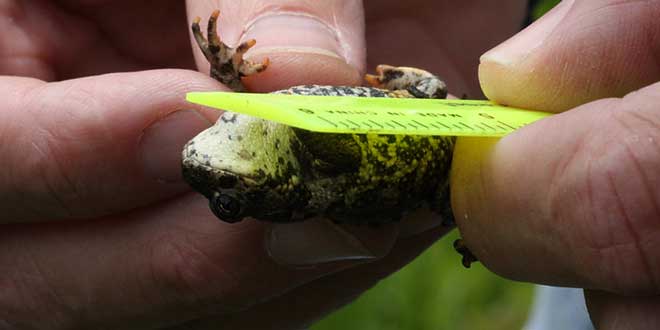 The likely reason for the decline of the toad in New Mexico is disease caused by chytrid fungus, Pierce explained.

“Boreal toads, along with the northern leopard frog and the boreal chorus frog, are intrinsic members of northern, high elevation aquatic ecosystems,” he continued. “They are prey and predator and very important to the local food web. As Aldo Leopold notes, a system functions best with all of its parts.”

For more information, view the video and these stories from CPW: