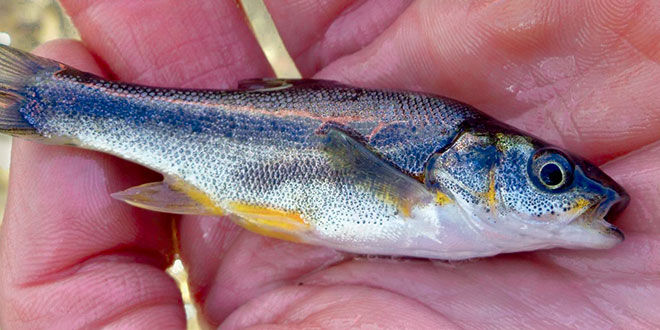 The Mimbres River is the only place in the country the threatened Chihuahua chub calls home, and New Mexico Department of Game and Fish biologists are working to make sure they’ll always feel that way.

Above: Listed as threatened in 1983, the Chihuahua chub is native to the Mimbres River in New Mexico. Adults are dark on both the head and snout. NMDGF photo.

Department personnel recently completed almost $500,000 worth of habitat restoration to nearly a mile of river owned by the State Game Commission and managed by the department near the Village of Mimbres, about 25 miles east of Silver City.

And the improvements will aid other wildlife as well.

Ruhl said the department bought the property in 1988 for the purpose of someday restoring the habitat to benefit the chub.
That work began in earnest after the devastating Silver Fire of 2013. Flooding following the fire wiped out most native and non-native fish in the river and destroyed much of their habitat.

With restoration complete, the river was stocked with 1,000 native chubs raised and held at the U.S. Fish and Wildlife Service’s Southwestern Native Aquatic Resources and Recovery Center in Dexter. 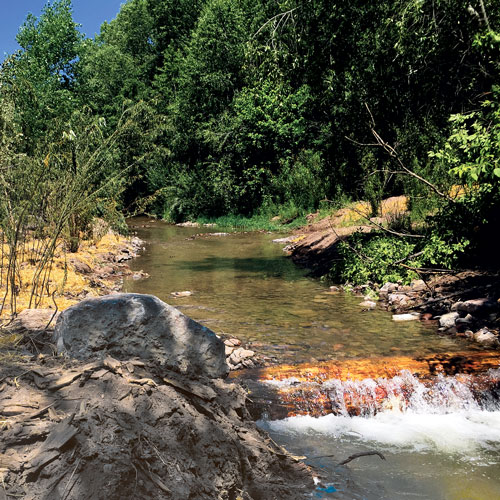 Above: In the United States, the threatened Chihuahua chub occurs only in the Mimbres River in New Mexico. Game and Fish biologists are enthusiastic that habitat restoration work to nearly a mile of the river is going to help recovery efforts. Photo by Mike Ruhl.

A colony of self-sustaining chubs also lives nearby on Nature Conservancy property in spring fed pools that could help repopulate the department’s stretch of the river.

The U.S. Fish and Wildlife Service’s State Wildlife Grant Program will reimburse the department up to 65 percent of the cost of the project, with the remaining costs covered by the department.

Biologists hope to continue working with neighboring property owners to help further restore fish and wildlife habitat in the area.