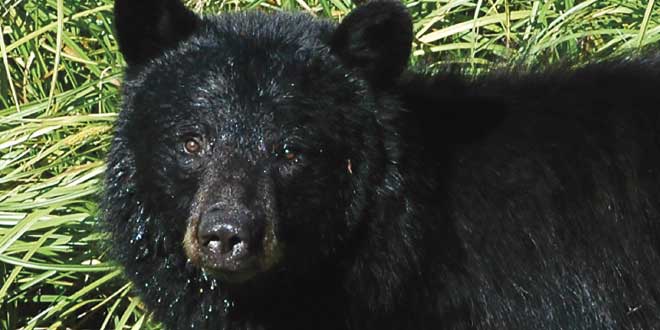 Rick Winslow, bear and cougar biologist with the Department of Game and Fish, shares his thoughts on the map and the possible reasons for a black bear to travel so far—and then return to the area where it’s trek began months earlier:

While it’s impossible to say exactly why this bear made such a long-distance trek over the course of one year, there are several main reasons it could have.

The first reason is that it started moving during mating season, which is normal for male bears. It is probable it was looking for mating opportunities outside of its normal range. Since it moved continuously from June 2011 through August 2011, it was probably looking for mates. Black bears typically breed from May to August annually. Additionally, this was a very dry year in New Mexico and there may not have been much food available in its normal home range.

After the mating period the bear settled down a bit and didn’t travel quite as far. It stayed in areas that have decent bear habitat with plenty of food (primarily acorns, service berries and juniper berries) so it was probably preparing for hibernation. It then hibernated in typical bear habitat from November 2011 through April 2012.

After this it seems to have made a quick bee-line directly home. It was probably searching for mating opportunities along the way, but it was headed home.

Above: Black bear. Department photo. Below: Several years ago, a black bear made one of the longest documented migrations made by a single black bear in New Mexico and Colorado. The map depicts the 282 km journey made in 304 days from July 2011 to May 2012. Department map by Lance Tyson. 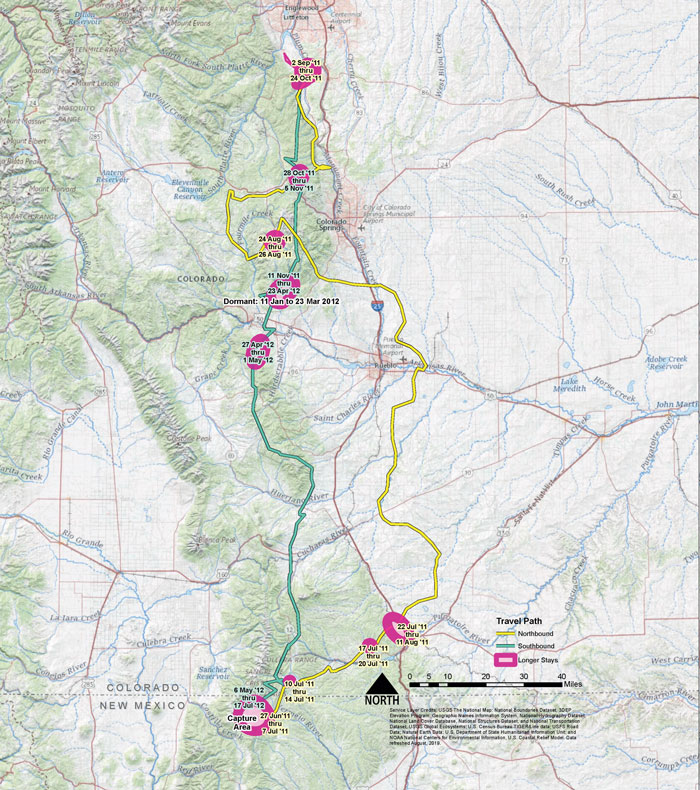