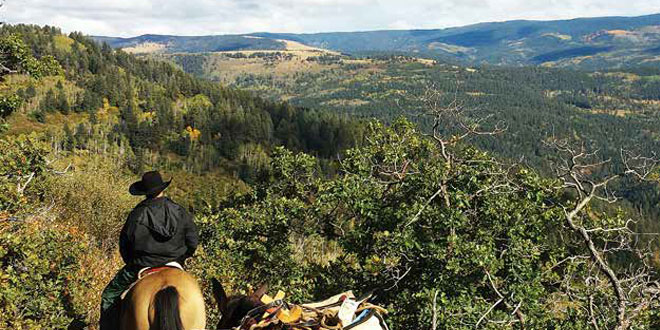 Katherine’s loss was Stewart’s gain. No, that’s not the plot for a movie to appear in theaters soon, it’s the story of a wilderness adventure to stock Rio Grande cutthroat trout into highcountry lakes.

Lake Katherine was the original Pecos Wilderness destination in October, but weather called for a change of plans and a group of fisheries biologists with the Department of Game and Fish made a snap decision and it was off to Stewart Lake instead.

Above: A conservation officer’s mule proved invaluable in getting the fish to the final destination at Stewart Lake. NMDGF photo by Laurence D’Alessandro.

While Lake Katherine remains on the list to receive cutthroats, it missed the opportunity to be the first to be stocked with these fish in over a decade.

“It’s been a while,” said Laurence D’Alessandro, coldwater biologist with Game and Fish. “We haven’t spawned these cutthroats in the Pecos in 10 to 15 years.”

The state fish of New Mexico, the Rio Grande cutthroat is a subspecies of cutthroat trout and is the only native cutthroat in the state. 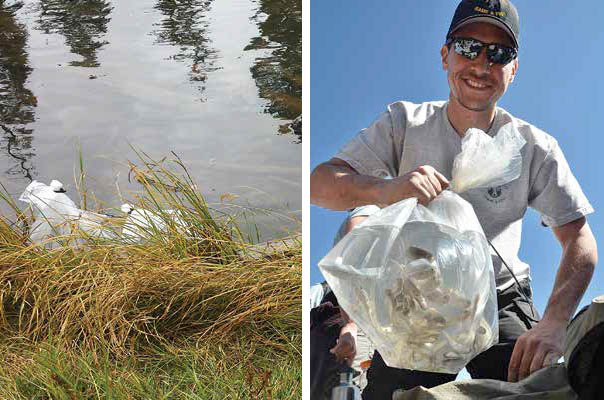 Left: Rio Grande cutthroat trout await stocking into Stewart Lake. The fish remained in bags and were placed in the shallow water to provide time to acclimate to the water temperature prior to release; Right: Laurence D’Alessandro, coldwater biologist for Game and Fish, poses momentarily with a bag of Rio Grande cutthroat trout prior to stocking. NMDGF photo by Laurence D’Alessandro.

In recent history, the subspecies have been stocked only in the Rio Grande drainage.

“But those aren’t of the Pecos lineage,” D’Alessandro said. “These are probably my favorite cutthroat because they’re such a pretty fish.

“I’m excited about restoring a native fish to it’s historic range and to be providing future opportunities for anglers to catch them. The long-term goal is to create a better native cutthroat fishery.”

The possession limit for the cutthroats is two with unlimited catch-and-release. However, anglers shouldn’t get too excited just yet.

First, the stocked fish were no larger than two inches in length and will not reach catchable size for two years or more. Secondly, it isn’t the easiest lake to wet a line. Located directly west of the Cowles ponds, the lake is a five-mile hike from the trailhead.

“There’s good habitat for trout at this lake,” he said. “It has the depth, low-lying debris, and cold water. These are a high- elevation fish.”

The remote location and high elevation were only part of the challenge facing the personnel. The crew had to spawn the cutthroats out of Jack’s Creek and needed Lisboa Hatchery, which normally raises rainbow trout, to set aside room to raise the cutthroats. 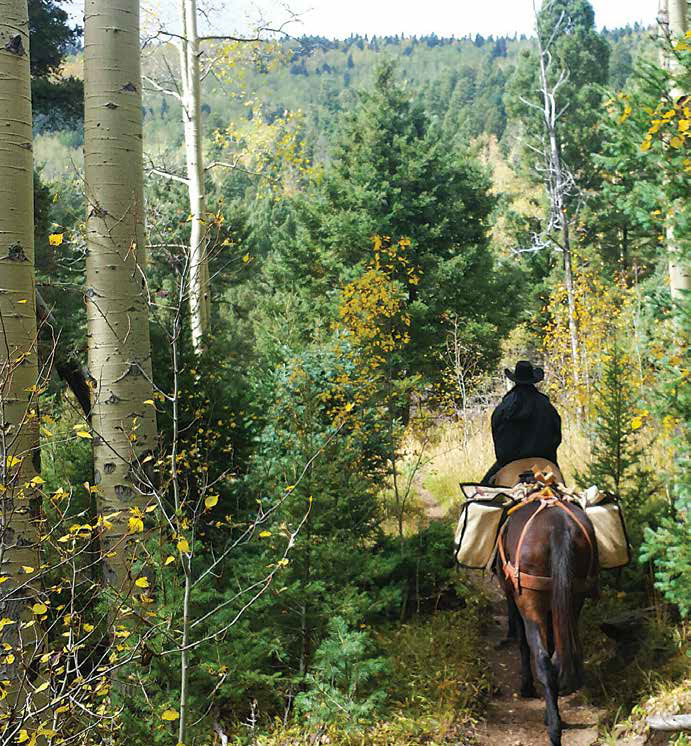 “That was huge,” D’Alessandro said. “This was a big effort. We had native and sport fish personnel involved. Then, to get the fish up to the lake we utilized a conservation officer and his mule.”

While this was the first stocking in the Pecos, it isn’t the last. There is a list of potential locations for continued stocking efforts in 2016 … including Katherine Lake.